Why were there so many furniture makers in High Wycombe? 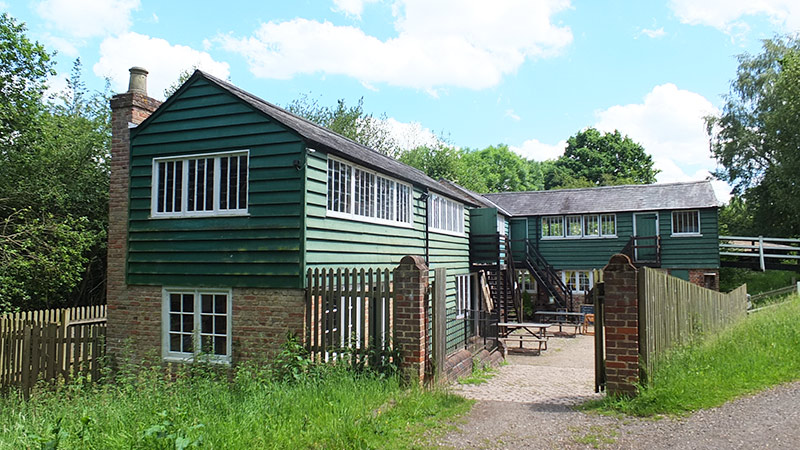 If you had lived in High Wycombe during the 1800s and early 1900s you would certainly have had friends or neighbours who worked in the chair or furniture industry. Even before 1700 there are references to “turners”, men who turned wood on a lathe to make various household wares. In 1725 Daniel Defoe, the author of “Robinson Crusoe”, refers to them in his diary. In the early days production focused on chair parts which were sent to London to be “framed up” into chairs, but by the end of the 18th century more and more landowners were making land available to allow this process to happen in High Wycombe.

But why did all this happen in High Wycombe? Because of the plentiful supply of wood from the forests of the Chilterns and also because other forms of employment were not readily available. Between 1800 and 1860 the number of workshops grew from just a few to 150 and the streets of the town must have been full of the smell of wood shavings and sawdust. Nobody knows exactly how many furniture making workshops and factories there were – estimates range from 200-400. By 1875 it is estimated that 4,700 chairs per day were being made, resulting in High Wycombe becoming the biggest producer of chairs in the country. Despite the closure of many small firms after World War 2, even in 1968 the Wycombe area was producing nearly 80% of the country’s entire output of chairs.

Bodgers
From the earliest days of the trade most of the lathe-turned chair parts were made by itinerant turners or “bodgers” living in the villages surrounding High Wycombe. Historically, the turning skills required by the chair industry had been applied to the production of bowls, spoons and other items, which provided a pool of skilled labour from which the chair part turners developed. The use of the term bodger to describe these craftsmen is probably a 20th century usage, and certainly it is not used during the 1840s and 1850s when the number of turners working in the Chilterns reaches its peak.

The turners worked by buying stands of trees from estate owners at auctions, which were then felled and converted into chair stretchers and legs. Some worked in rough thatched shelters in the wood where the trees were felled. The majority worked in sheds nearer to home. The turner’s most famous piece of equipment, the pole lathe, was powered by a long, flexible length of sapling, and was used to cut the finished design onto the chair part. The finished article was then sold to the Wycombe factory owners. The metal framed treadle wheel lathe was widely used as an alternative to the pole lathe.

Between 1861 and 1881 the number of turners in the area almost doubled, from 186 to 340, reflecting the still-rising demand for chairs. Stokenchurch and Radnage remained two of the most important centres, but were joined by Beacons Bottom, and then overtaken by High Wycombe; all four settlements had 395 resident turners in 1881. Three villages still had all their chair employment in turning and are found in a cluster about five miles north of the town – Bryants Bottom, Stoney Cross and Prestwood.

Why was there suddenly such a demand for chairs? This was the period of the Industrial Revolution in Great Britain, the population was growing fast, and hence there was an ever-growing market for chairs. Moreover, this was also the beginning of large public meetings of many different kinds during which people wanted to sit down! For example, there were special commissions from the evangelists Moody and Sankey for 19,200 chairs, 8,000 chairs for the Crystal Palace and 2,500 rush-seated chairs for St. Paul’s Cathedral. In the late 19th century and the early 20th High Wycombe had become the second largest furniture manufacturing town in the country.

King’s National Roll Scheme
After the First World War there were vast numbers of badly injured and disabled men who were fearful of never being able to find work again. Therefore, the Government set up The King’s National Roll Scheme whereby companies undertook to train disabled men to be able to work and support themselves. James Elliott & Son took part in this scheme and a certificate to that effect hangs in the factory. 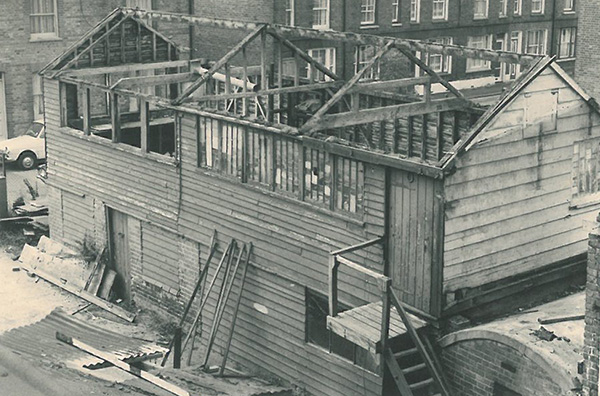 Elliott and Sons Furniture Factory in 1978 in its original location.

Elliott’s factory
The earliest record of an Elliott as a chairmaker is of Thomas Elliot (one “t”) in West Wycombe in the 1851 census. The 1871 census shows a James Elliott, fifteen, who by 1875 was married to Ann Harman and living in Hambleden as a chairmaker framer. The firm of Elliott’s was founded in 1887 with James’ sons Harry and Frank working there. The factory was at 14-16, Shaftesbury Street and closed in 1974. It was founded for the assembly of Windsor chairs, but during the First World War it produced ailerons for aircraft. Sadly, Frank Elliott died in France of the Spanish Flu one month after the end of hostilities. During the Second World War the factory helped the war effort by producing fire-proof furniture for the Royal Navy. 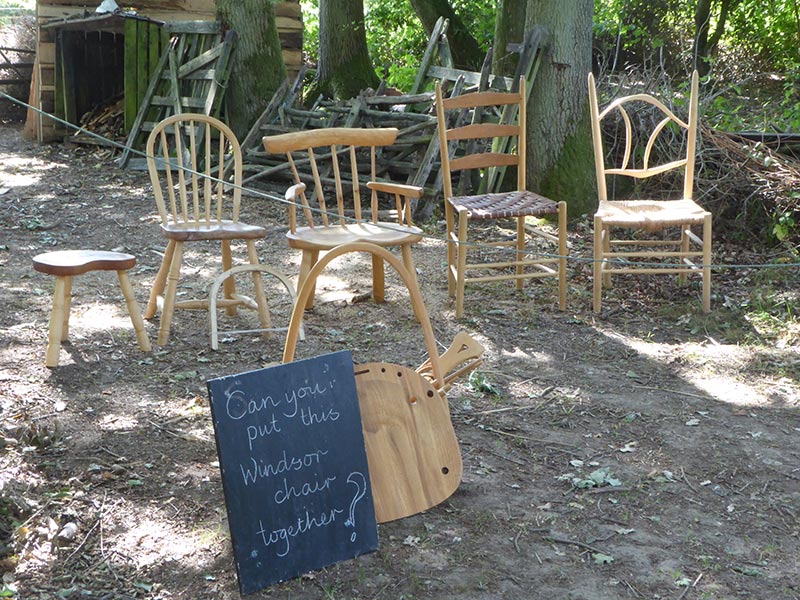 Types of chairs that may have been made in the factory.

Windsor chairs
This type of chair is a form of wooden seating in which the back and sides consist of multiple thin, turned spindles that are attached to a solid, sculpted seat. It has straight legs that splay outward, and its back reclines slightly. The origin of the name “Windsor chair” is confused. It seems to have been used as a description of a particular design of chair from 1710. There is a legend that King George III (or King George II) was one day sheltering from a rainstorm in a peasant’s cottage near Windsor Castle and was given a multi-spindled chair to sit on. This so impressed him by its comfort that he had his own furniture maker copy the design. An alternative version is that it was a type of chair used in the grounds of Windsor Castle.