What are the Chilterns?

As our name suggests, this Museum seeks to tell the history of the Chilterns. I was born in Watford, so have some affinity with the Chilterns, but I’m not sure I could succinctly explain to someone what the Chilterns are. I hope this piece gives you some ideas about what makes them special.

The Chilterns are often described as The Chiltern Hills, and it is relatively easy to define this area of higher ground geographically. It stretches roughly from Hitchin in north Hertfordshire to Goring-on-Thames in south Oxfordshire, passing through part of Bedfordshire and Buckinghamshire. To the north-west, there is a clear divide between the rolling escarpment and the Vale of Oxfordshire and Buckinghamshire. To the south and east, the dipslope has a less steep gradient, so the boundary is less distinct, although the River Thames is a helpful guide. 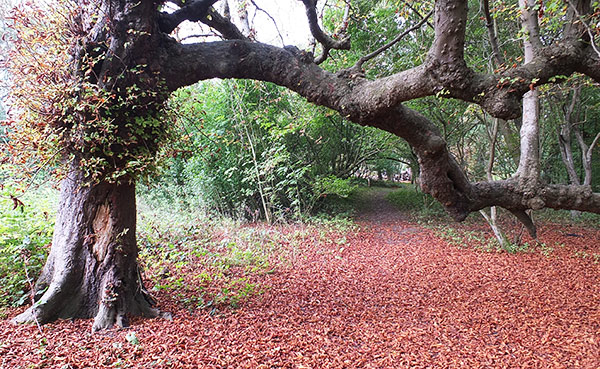 The woodlands at the Museum.

These chalk hills have a somewhat distinctive landscape. In 1965, the Chilterns Area of Outstanding Natural Beauty (AONB) was designated for its natural attractiveness. Two-thirds of the Chilterns AONB are now fields, with woodland covering more than one-fifth. The Chilterns Historic Landscape Characterisation Project has estimated that around two-thirds of the woodland are over 400 years old, and that areas of woodland have grown and receded over several millennia.

We might also consider the administrative boundaries. There are three Chiltern Hundreds, historic divisions of a county that could raise one hundred fighting men (Stoke, Desborough and Burnham), although only the Desborough Hundred was truly located within the Chiltern Hills. Since 1974 we have had the Chiltern District, one of the four local government districts of Buckinghamshire. Clearly though, these administrative areas miss much that this Museum seeks to represent.

The Chilterns are predominantly rural, the two largest towns being High Wycombe and Luton, although there are good number of small market towns and villages. Without this human habitation, there would be nothing special about the Chilterns. Indeed, the earliest known reference to the Chilterns is the word “Cilternsaete”, referring to “the Chiltern dwellers” (7th or 8th century). In terms of the built environment, there are several particularly local characteristics, including the use of brick, timber and clay tiles. Flint was a popular local building material, although unfortunately not yet represented at the Museum, other than a few brick and flint walls. 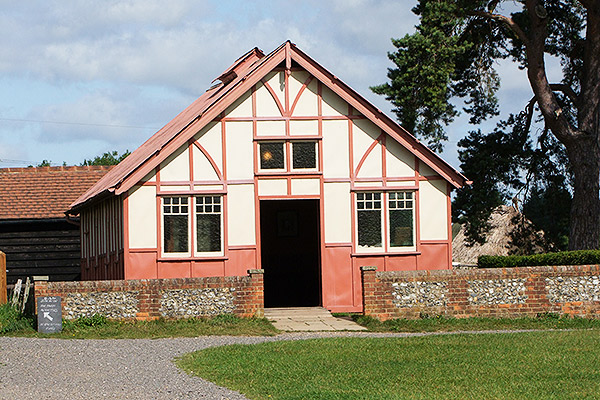 The wall built outside the Museum’s vicarage from Thame is partly made from flint.

What did the people of the Chilterns do? In a whistle-stop tour, we might get some idea of the specialisms of the Chilterns, which we attempt to communicate at the Museum. In Medieval England, although the Chilterns was one of the two large areas of woodland in the South-East, arable farming was probably more prevalent than woodland activities. From 1600 the market towns flourished with professionals like shoemakers and blacksmiths. The chair making industry appears to have become substantial by about 1800 and cottage industries like lace-making and straw-plaiting reached their peak in the 19th century. Entrepreneurial locals grew apple and soft fruit orchards and watercress beds in the 19th and 20th centuries. As commuting became more practical, as early as the 1850s in some places in the Chilterns, the region became much more suburban in nature. 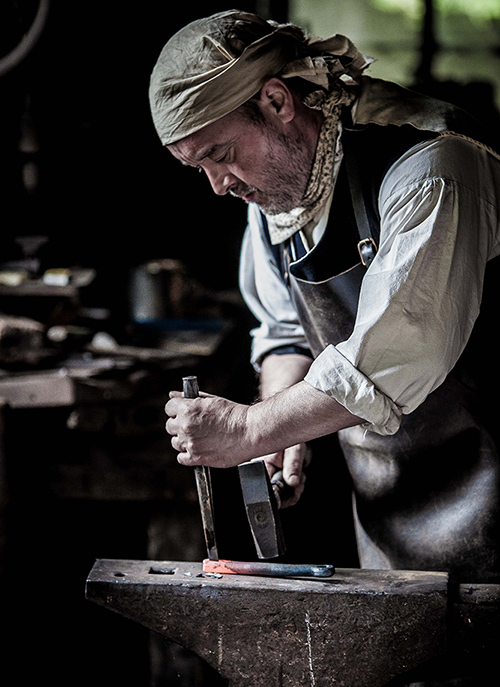 A blacksmith at work in the forge at the Museum.

The Royal Society of Arts has produced a Heritage Index, to highlight regions’ unique characteristics. As the Chiltern Society are keen to point out, the Chilterns region overall ranks lower than one might expect. We hope that this Museum goes some way to providing a response to this ranking and helping the Chilterns to define themselves. We believe that the people living and working in this area have shaped the landscape and produced a rich heritage which should be shared and preserved.