The Vicarage Room from Thame 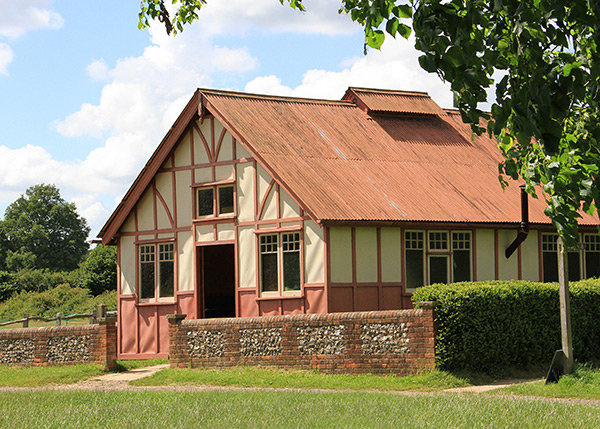 November 28th 1896 was an important day for the population of just 3,000 then living in the little town of Thame. A Great Western Railway train arrived at Thame Station that day with the parts for a new building which was to be erected in the vicarage garden next to Lashlake Road. The Rev. J.J.Cohen, vicar of St.Mary’s, had ordered a prefabricated building in which he could hold meetings for his parishioners. When the building was being re-erected at COAM in 1990 three labels were found behind the dado paneling inside the hall. One was the address label for the consignment: Rev’d J.J.Cohen, Thame Vicarage, Thame Station, GWR. 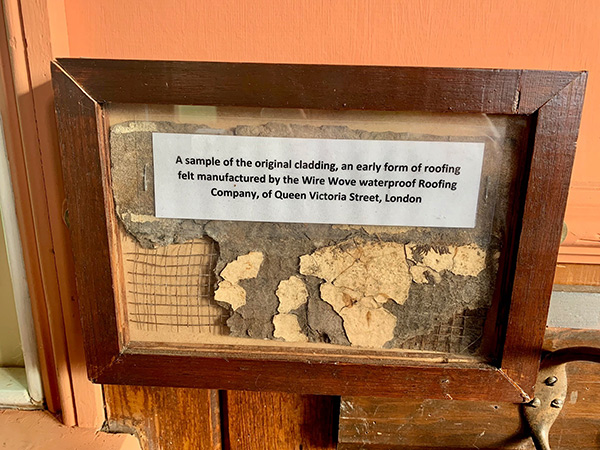 The new building was used for many kinds of meetings: lectures, socials, Bible classes, the Church of England Temperance Society and the Church of England Men’s Society, amongst others. In 1912 a larger hall was built and John Millburn, an Auctioneer in Aylesbury, bought the old one, re-erected it in his garden and used it as a showroom and later to store garden produce.

The material from which the building was constructed was a relatively newly invented material created by Douglas Allport in about 1881. An article in “The Lancet” in 1896 relates how the inventor combined a steel wire gauze with papier maché to provide large sheets. These were then coated with waterproof paint and used to make the walls by stretching them on a wooden frame. The same material could also be used for roofing. “The Lancet” relates that Derby Royal Infirmary adopted this method of construction for a temporary operating theatre and an ophthalmic ward. This new material was manufactured by the wonderfully named Wire Wove Waterproofing Company of London. 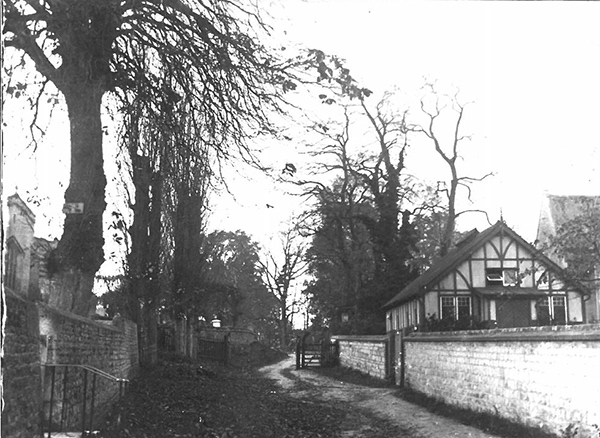 The Vicarage Room in its original location

When COAM acquired the building, the walls were too damaged to reuse and so a modern substitute material was found for the outer covering of the walls. It is believed that only two buildings still exist in the country in their original form, one in Bicester and another in North Wales.