The Circle of Life

The problem with dogs is that they don’t last long enough, it is said that one man year equals seven dog years, whatever the answer I know that every fourteen or so years I have to say goodbye to one of my closest friends. A month ago I said goodbye to fifteen year old Ted, when finally his body said I’ve had enough. So it was with a heavy heart that we took that all too familiar trip to the vet and saw him drift away peacefully. He was a great sheepdog, naturally gifted with genetic material passed down over decades, and highly trained over years to do a job that cannot be done by any other animal or machine. He served the museum well herding and holding the sheep for various tasks and thrilled the visitors with his skills in our working displays, he even pitched in with a spot of acting when the film crews were around, most famously in Downton Abbey when they filmed in the farmyard in series two. 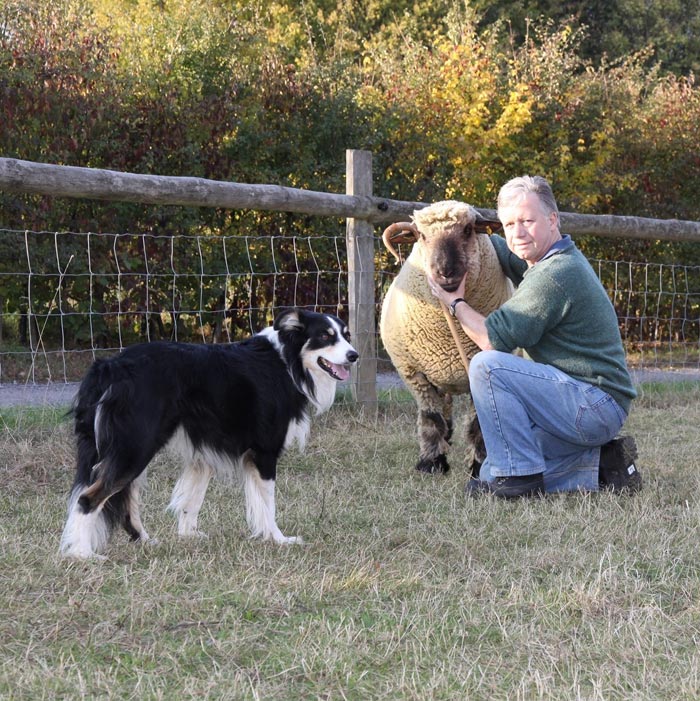 Chiltern Open Air Museum proudly owns one of the few flocks of Oxford Down Sheep in the country, a breed established around 1830 in the south of England originally in the Oxfordshire area. My job at the museum is volunteer shepherd, something I’ve done here for 23 years and it’s because there’s a saying “there’s no good shepherd without a good dog” that I find myself about to embark on the long struggle towards the perfectly trained sheepdog once again.

Don’t think for one minute I don’t enjoy it, there are few thing’s I like more than the early stages of sheepdog training, trying to assess the latent potential, working out the best way to overcome the problems etc. All dogs are different, like children, and need a slightly different approach, although you can generally categorise them and use tried and trusted methods for each. So, I can’t wait until my new charge is about six month old and I can begin to introduce her to the flock.

So who is she? Well ‘she’ arrived several months too early! As a family we planned to wait until the new year before taking the plunge but a chance conversation with an old friend uncovered a single pup left from a litter from good working dog stock, the sire has competed in the English National Sheepdog Trials. Quickly we organised a trip with an overnight stay in the West Country and collected our new charge, many names were bandied about but ultimately it was Jess that was chosen. So I know how my spare time will be taken up next summer and you maybe lucky to catch a training session at the museum sometime (the early ones can be a bit over enthusiastic).