I have been fortunate enough to recently attend two timber framing courses. The first was at the Weald and Downland museum in West Sussex. It dealt with the primary timbers of a green oak timber frame, using historic methods and tools to mark out, cut and fit the timbers. The essential tools for creating the joints were the chisel, mallet, saw and T-auger.

On the second course, near Datchworth Hertfordshire, started on the construction of a three-bay barn, made of Elm from the local area, to show that this type of timber is worth still looking into despite Dutch Elms disease. Although we didn’t just use traditional tools on this project (it was refreshing to have a tape measure again!), the techniques employed were very similar and the principles were the same.

On both courses we dealt with one frame at a time, either a cross-frame that goes across the building or a side-frame that goes along, the timbers of which would be laid out horizontally on saw-horses to be worked on. Certain timbers like the posts and tie beams would be in both layouts. These are called the primary timbers and because they need to be correct in two planes they are the most important to get right.

The main type of joint used was the mortice and tenon joint – the protruding tenon slotting into the chiselled out mortice. It is useful here to be aware of the most important areas of the joint. The end of the tenon for example is not the most crucial part of the joint. It will be concealed in the mortice and isn’t supporting any weight. So as long as the length and thickness is about right, you needn’t get too hung up on the aesthetics of it. Though that’s not me making an excuse for lazy workmanship! 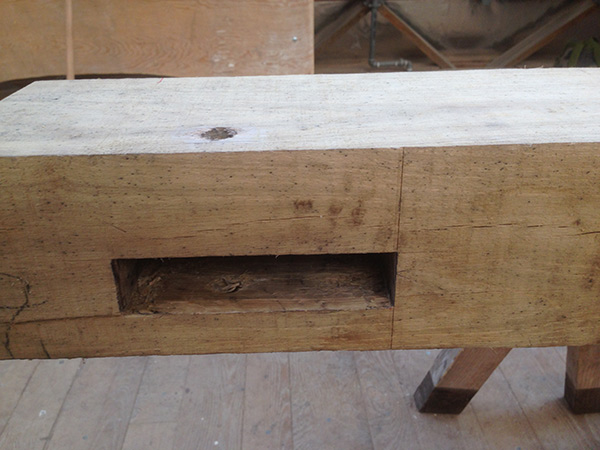 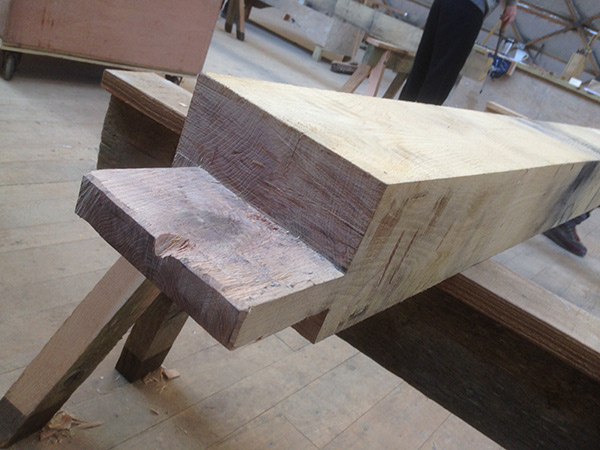 On the other hand, the shoulders of the tenon, the areas either side of the protruding part, will be taking the load and visible from the outside. It is therefore really important these surfaces are flat and level and well worth taking a bit of time over. You are rewarded for your careful chiselling and cutting with a satisfying thud when two well-fitting members slot together. 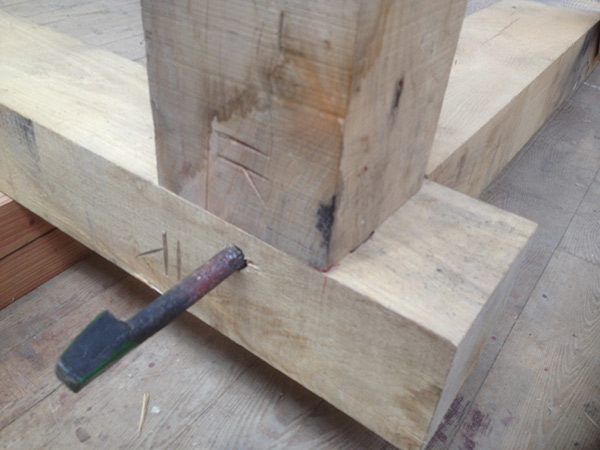 Tightly fitting joint being pulled together by a pin

The mortice and tenon are then secured together with an oak peg being driven through. Here a clever technique called draw-boring is used to make a nice tight fit. Rather than making one long aligned peg-hole through both the mortice and the tenon, the peg hole through the tenon is offset by the width of a pound coin in the direction of the shoulders, relative to the mortice. When the peg is driven in, it has to bend in order to pass through and this pulls the mortice and tenon together. You can do this by eye, marking out the centre of the hole on the tenon and then offsetting it, or you can use the wonderfully named offset-pricker, a tool made for the job. Seeing them pull together when a pin is put through is almost as satisfying as the initial thud. 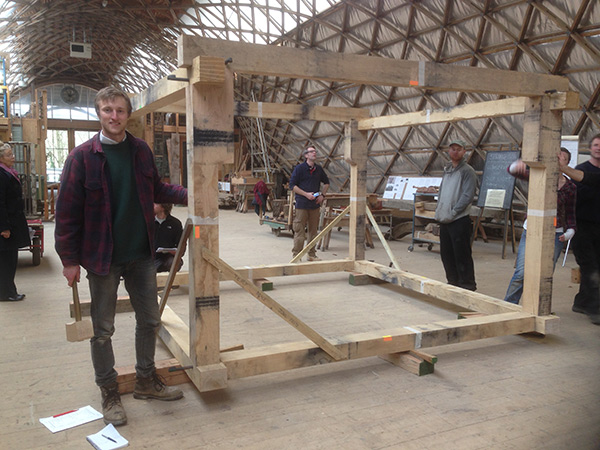 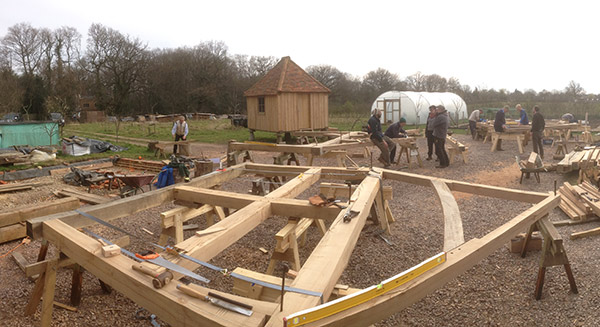