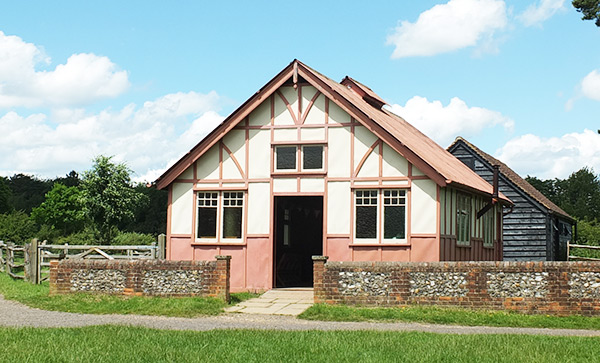 The Vicarage room was originally situated on Lashlake Road, Thame, Oxfordshire, in the grounds of the Vicarage. It was then moved to 58, Bierton Road, Aylesbury, Buckinghamshire when a new Church hall was built. You can see a small brass plate on the wall inside is dedicated to the Reverend J.I. Cohen who helped fund the erection of the building it is dated December 13th 1894.

The Vicarage room is an example of a Victorian wooden framed, pre-fabricated building. The local vicar, the Reverend F. Cohen ordered the pre-fabricated building from the Wire Wove Waterproof Roofing Company of London. The delivery notes were found during the building’s dismantling by Museum volunteers. The building was used as the Church meeting room. It provided a space for parishioners to use for events, which were often advertised in the local Thame Gazette. The decision was made to build a new, larger, Church Hall in Nelson Street in January 1912 as Thame Vicarage room could no longer fulfill the needs of its parishioners. The Vicar put the building up for Auction in 1913. It was bought by the auctioneer, Mr Millburn, who moved it to his own premises in Aylesbury where it was used as a furniture store. His grandson, John Milburn, donated it to the Museum in 1989. 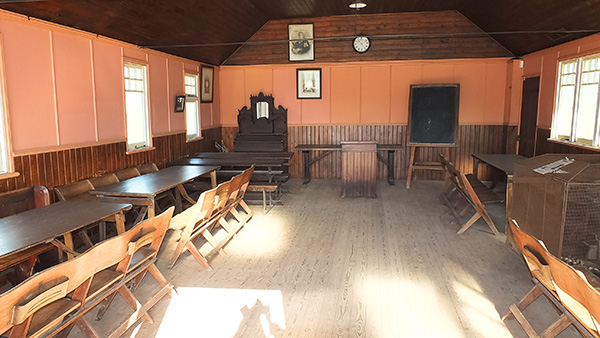 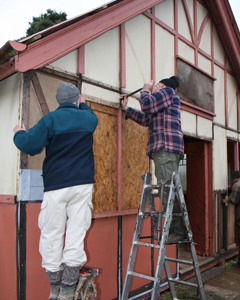 Wood
The main framework of this prefabricated building is of wood. The original cladding was made by the Wire Wove Waterproof Roofing Company. After investigation the building has been painted in Fenton Red and cream to match its original colours.
Glass
All the small panes of glass, except those in the window next to the single door at the back, are original.
Metal
It is supported on cast-iron cases, formed with a saddle to clasp the floor timbers. The roof is covered with corrugated iron.
Felt
The walls were covered with an early form of roofing felt. It was not possible to put this back, or re-create it, therefore, modern roofing felt has been used.

Interior and Furnishings
The upper wall panels are new hardboard, covered with brown paper, the joins are covered with a large proportion of the original mouldings. The original panels were a paper sack-like material, painted with lead pigment, which could not be reproduced. The clock came with the building, but is older. Dates have been found scratched on the rear of the clock relating to repairs or cleaning; the oldest being 1891. An early photograph taken at Thame shows a porch on the front of the meeting room, which was not present when the building was dismantled. The tortoise stove is not original, but is typical of the type of heating installed. New fire bricks have been made and fitted, allowing it to be lit. These bricks were made from the original molds, lent to us by Taylor and Portway Ltd, the original manufacturer.