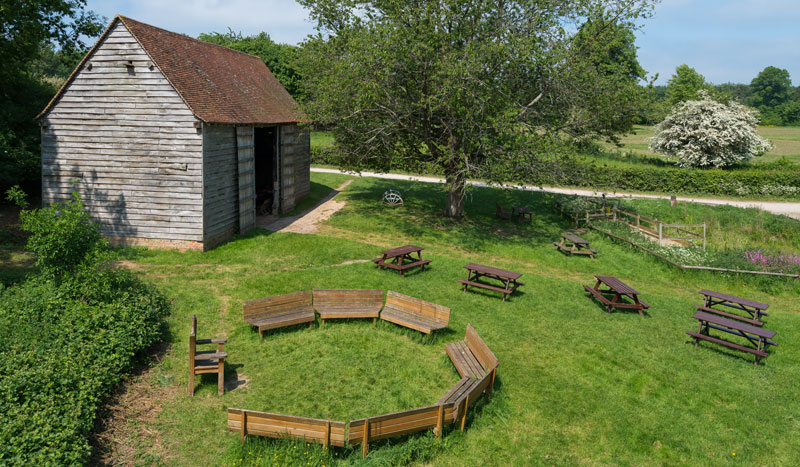 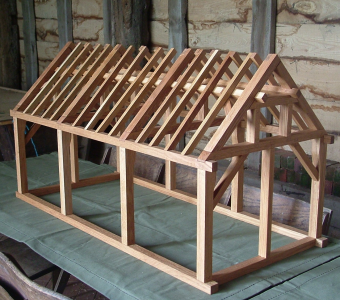 The barn was moved to the Museum because it had become surrounded by modern housing estates and was isolated from the rest of Smiths Farm. It had become a target for vandals who had set it alight three times. As a Listed Building all measures had been taken to preserve the barn, but it was feared that in its original position it would not survive another attack.

It was thought to have been constructed originally for use as a hay barn, storing fodder for sale in London.

There is an inscribed date on the left hand door post of 1595. A visitor donated a rubbing of the date and initials taken in 1953 to the Museum in 1989. The initials are “GR” – the same visitor suggested that these may refer to George Rourne, a builder in Northolt at that time, but there is no evidence to corroborate this. Nor is there any evidence to suggest that both the date and the initials were carved at the same time.

The central bay incorporates the entrance and evidence suggests there was no opposite rear doorway. This is probably because the barn was used for storing hay and not for threshing.

During the 16th and 17th centuries, large areas around Northolt Church were used to grow hay to feed London horses. When the barn was built it may not have been clad, thus providing ventilation for the hay inside. 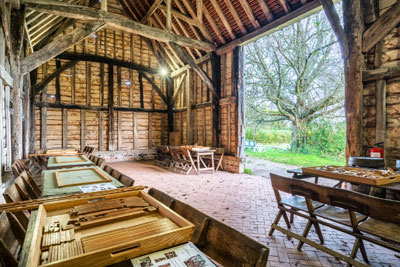 Wood
An oak-framed barn, sitting on a brick plinth. It has three bays. The truss posts are jowled, large intermediate posts are situated mid-bay, with heavy middle rails between. Studs run from both top and bottom of the rails. Each bay has a pair of diagonal braces at the top. The roof trusses have vertical Queen Struts supporting a collar, which supports the clasped purlins. Each roof bay has two wind-braces. Because of the damage caused by various fires, the timbers had to be sandblasted, though one strut on the right hand gable end remains in its charred condition. Only about 20% of the timbers are original. The building is currently clad with elm feather edged boarding.

Clay
The roof is covered with clay peg tiles. The plinth incorporates bricks removed from the original site, although these are not of the same age as the frame.