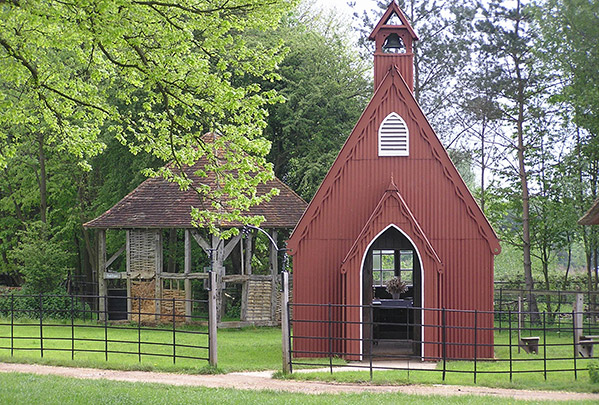 The Mission Room was built in 1886, on ground let to the Rector and Church wardens of Chinnor by Magdalen College, Oxford, “for the purpose of a mission room to be erected thereon” (Tenancy Agreement, Magdalen College 1886) at an annual rent of one shilling.

The prefabricated building, which is in timber-framed sections bolted together with an external cladding of corrugated iron, was supplied by Boulton and Paul of Norwich. Two delivery labels were found on the building during dismantling and the company archivist searched through copies of contemporary catalogues, though no exact match was found. 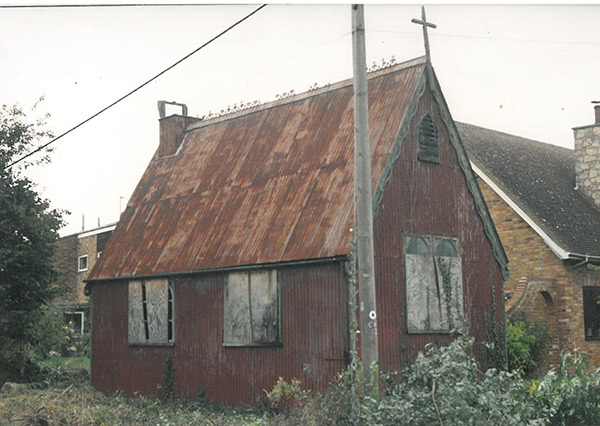 The tin chapel before it was dismantled in 1993.

Local residents supplied information about the interior (which had been vandalised when found). The room had contained fifty chairs arranged in rows either side of the central aisle. There was a small altar table with two brass candlesticks, in front of which stood a lectern and a harmonium. Two oil lamps suspended from the ceiling lighted the room.

In Henton the building was referred to as the “little tin church”, where the Rector of Chinnor came to preach once a month on a Sunday afternoon. Christenings were performed, but the parents had to supply a bowl of water. Services were held in the building until 1973.