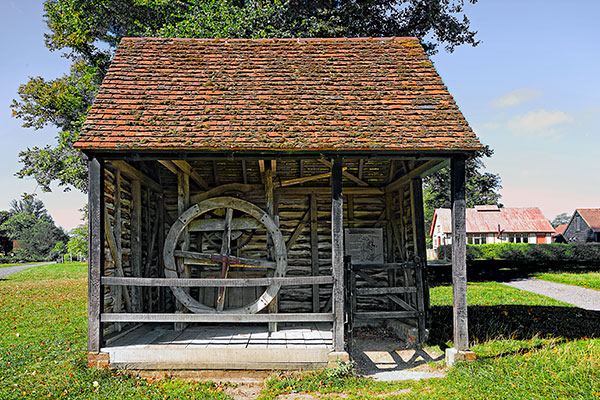 What is it?
It’s a building surrounding a well. Wells have been around for thousands of years and many people think of them as lucky, which is why they are sometimes called wishing wells. Throw in a coin, make a wish and see if it comes true! 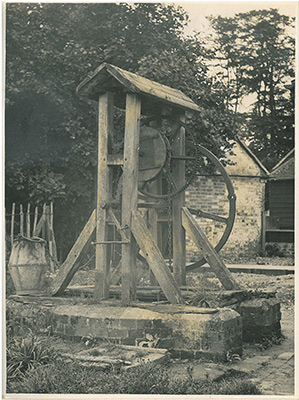 The well in its original location in Harpenden, Hertfordshire.

How old is it?
The well was documented in 1882 but was probably built quite a lot earlier, about 1750.

Where did it come from?

How does it work?
Turning the big wheel winds a rope and chain around around the shaft, pulling a bucket of water up. There is also a brake to stop the bucket dropping straight back to the bottom.

Why is it here at the Museum?
It was rescued by the Harpenden Local History Society in the 1960s and was kept in a back garden until it came to the Museum in 1991.