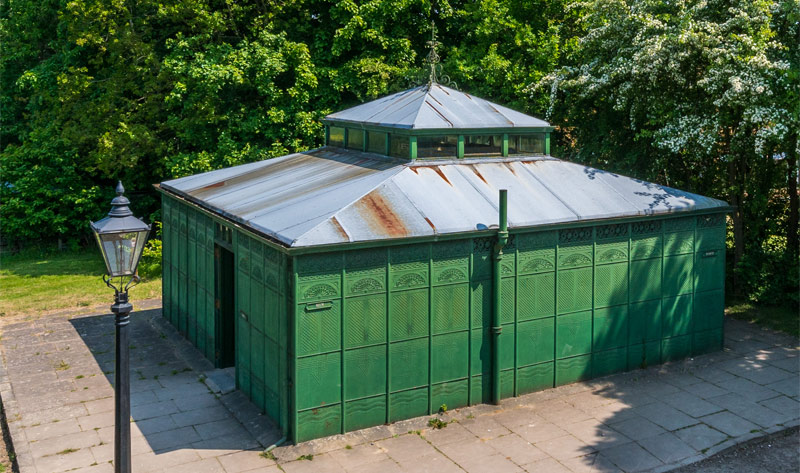 The toilets were constructed in 1906, originally for use by the passengers on the tram, which terminated at Caversham Bridge.The component parts were manufactured at the foundry of Walter McFarlane & Co., Possilpark, Glasgow. Most of the sections can be seen in their catalogue of 1880, but the building as a whole appears to be custom built. The toilets were built due to a lack of sanitary conveniences in the town. The plans for toilets at Caversham were submitted in October 1904. The Building would be of ornamental ironwork providing 3 WCs in the Ladies, and 3WCs and 8* urinals stalls in the Gents, with apartments for attendants in each. (* Only 7 were in fact put in) The building was purchased for £301 in 1906, and cost £750 to erect. The conveniences were opened on 4th June 1906, and were open from 6 am until 11.45 pm.

The toilets had been abandoned for some time when the Museum came to dismantle them, They had lost most of their splendor and were frequently vandalised. Finding the best way to dismantle the building was largely by trial and error; removing individual panels was abandoned, being too destructive and too time consuming, in favour of removing complete wall sections. The toilets were dismantled by volunteers, helped by members of the Berkshire Industrial Archaeology Group. They were dismantled at weekends from 5th August – 8th December 1985; a total of 27 working days. Many of the panels were damaged beyond repair and so had to be re-cast. 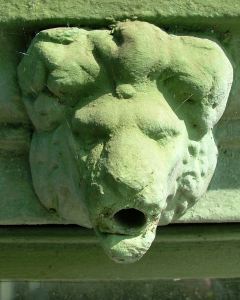