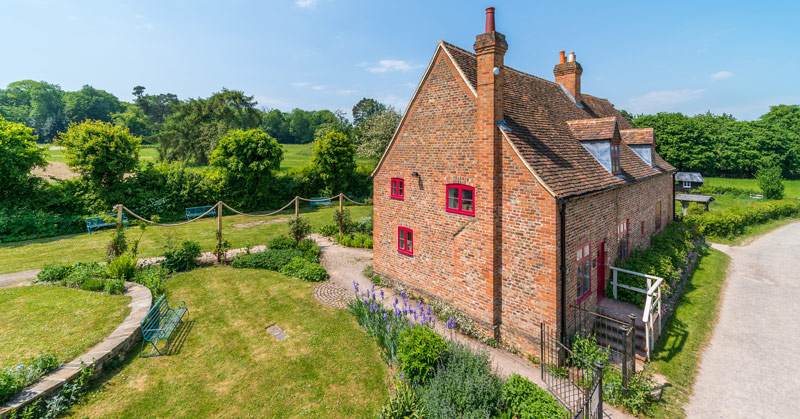 Astleham cottage is not open to the public but is used for staff and volunteer offices and facilities. If you would like to see behind-the-scenes, then please consider volunteering.

The cottage also houses the Museum’s library where there is an interesting archive about the Museum’s buildings and specialist books on rural life and vernacular architecture.  If you would like to visit the library, please contact the Museum Office first to make an appointment: 01494 871117. 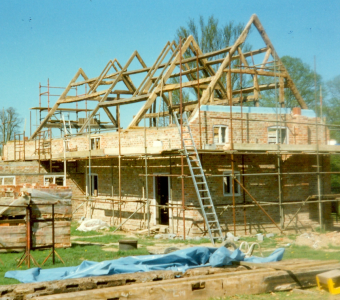 The building began life as a three-bayed timber-framed hall house, of the late Medieval period. In the late 17th century, the roof structure was altered and most, if not all, of the wall timber framing was replaced by brickwork. The building was also extended, by the insertion of an extra bay, incorporating the massive brick chimney stack. It was first dismantled in 1913 by the owner, Sir Richard Burbridge, and moved approximately a quarter of a mile south. The reason for the move was the construction of the Queen Mary Reservoir, one of several reservoirs built by the then Metropolitan Water Board to solve the problem of supplying London’s increasing demand for water.

The exact date of re-construction is not known, no records of the work have been found. The earliest photograph of the completed building is dated 1922. The reservoir was started in 1914 and completed in 1924. The first inhabitant of the ‘new’ cottage was Mr Ferris, Sir Richard Burbridge’s gamekeeper. He may have lived in the building prior to its being moved. He died in the 1930s. His widow lived there until the early 1960s, but the Ferris family continued in the cottage until the 1970s. After six years, it was taken over by Mr & Mrs King. A lot of work was needed at this time, windows were replaced, rooms were re-plastered, a kitchen and bathroom were installed. There was still no mains water or electricity. The King family stayed for only ten years. Once again the house was empty and heavily vandalised. After many years lying unoccupied the building was donated by the Thames Water Authority, as it was threatened in the 1990s by an expanding quarry. As the building was Grade II listed, consent to demolish had to be obtained. The cottages were re-erected at the Museum and are currently used as its offices. 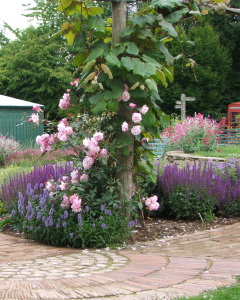 Astleham Manor Cottage boasts the most extensive of the Museum’s cottage gardens it is based on gardens designed by Gertrude Jekyll, who was influential in shaping garden design during the early 20th Century.