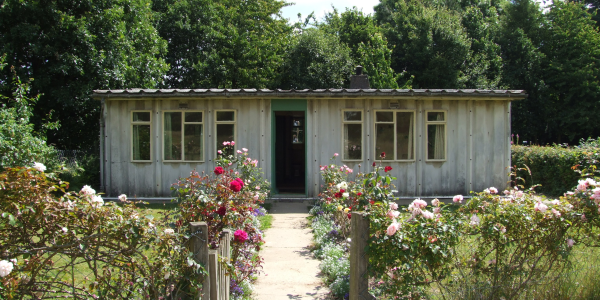 There was a housing shortage after the Second World War, and prefabricated temporary bungalows (“prefabs”) were one solution. Prefabs were made using different materials to normal houses. The parts were ‘prefabricated’ (ready made in a factory, taken to the site and then put together), which is where the name comes from. 160,000 prefabs were made in the late 1940s they were only intended to be used for 10 years – but many were still lived in up to the 70s.

The Prefab at the Museum was one of 46 on the Finch Lane Estate in Amersham.  There were 18 different designs and this one is a Universal House Mark 3 design and was made by a company in Rickmansworth, and was originally built in 1947. Robert and Ethel Brant lived here with their three children and pet parrot. The Museum is in contact with the Brant family who lived there from 1948 – some of their family photos are on the mantelpiece. 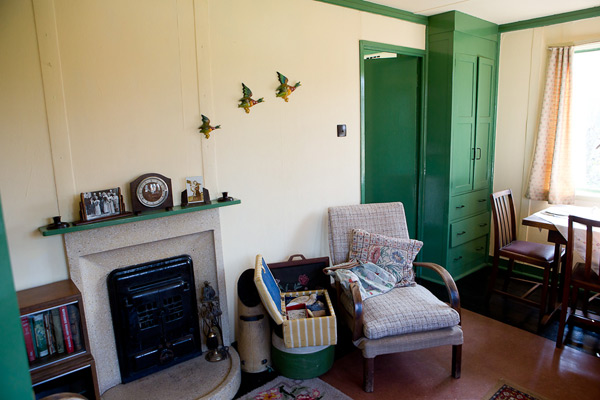 Why is it here at the Museum?
Prefabs weren’t made to last forever, so the Finch Lane estate was being demolished to build more modern houses. The Museum wanted one because lots of people remember them and they are an important piece of our local and social history.

What is it built from?
The prefab is built from 26 asbestos cement panels, bolted together on a wood and steel frame. This stands on top of a concrete base. 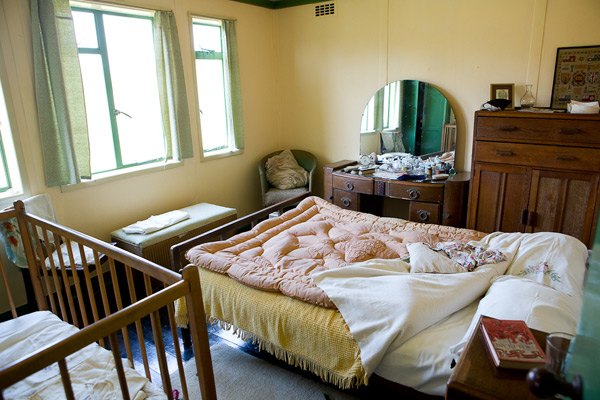 What can you see in the Museum’s prefab?
In our prefab you can see the master bedroom, children’s bedroom, bathroom, kitchen and living room as it would have been. You can go into the children’s bedroom and try the historic toys such as a pin ball machine, you can open the wardrobes and see what clothes they would have worn. The kitchen has an electric fridge and cooker – a modern luxury in the 1940s! Our visitors love to take a trip back in time to 1950 and reminisce, many visitors know someone who used to live in a prefab and we love hearing their stories and memories.

In the garden there is an Anderson shelter used as a garden shed and garden showing the post war ‘Dig for Plenty’ campaign. The prefab is opposite our WW1 and WW2 Nissen huts and next to our ‘Dig for Victory’ allotment creating a timeline of local history. 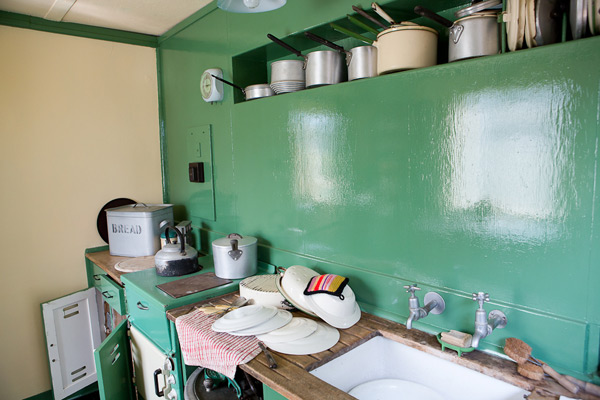 Film and tv
The prefab has been used for filming various television programs and documentaries including Call the Midwife.

Watch a Video Tour of our 1940s Prefab