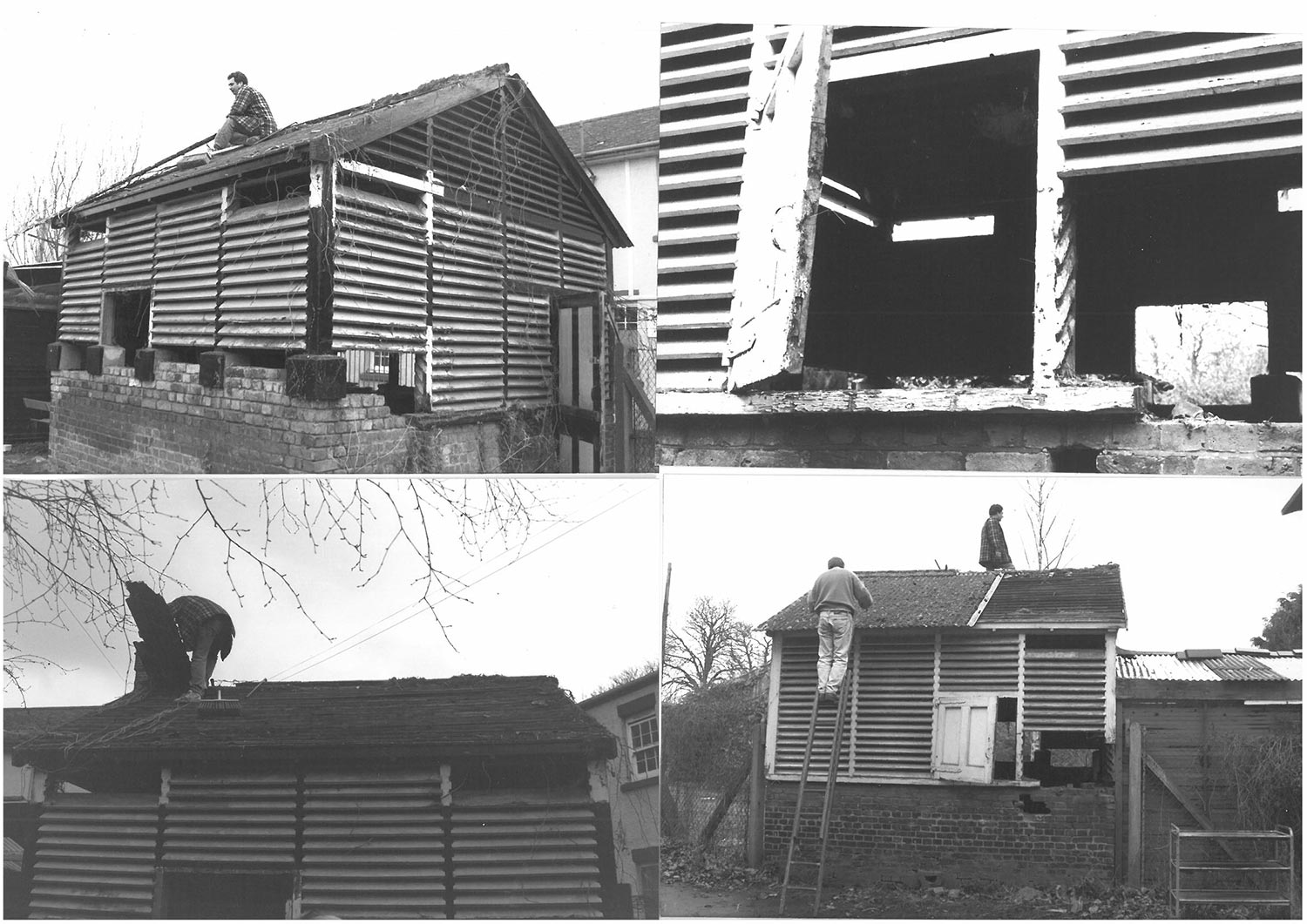 This is Leavesden apple store being dismantled in March 1994, in its original home in the grounds of Leavesden Mental Hospital. It was originally constructed in 1904 as a ‘steeping room’ for disinfecting badly soiled clothing and bedding. It was later filled with shelves and used as an apple store. It was donated to the Museum by the Horizon NHS trust when the hospital site was due to be demolished and redeveloped.

The Leavesden Hospital was built between October 1868 and October 1870. It was one of two asylums built by the Metropolitan Asylums Board. The second was at Caterham in Surrey. Leavesden Hospital occupied a site of 76 acres. It consisted of fifteen main buildings, including a chapel. There were eleven three-story ward blocks each accommodating 160 patients, five male blocks and six female blocks. The hospital was designed to be self-sufficient, with its own bakery, kitchens and workshops, and laundry.

Repair works began at the Museum in 1994 and it was completed on the 10th September, 1997. It was officially opened on 19th October, 1997 by Roy Thomas. The building is now surrounded by an apple orchard which is quite fitting considering its past use. 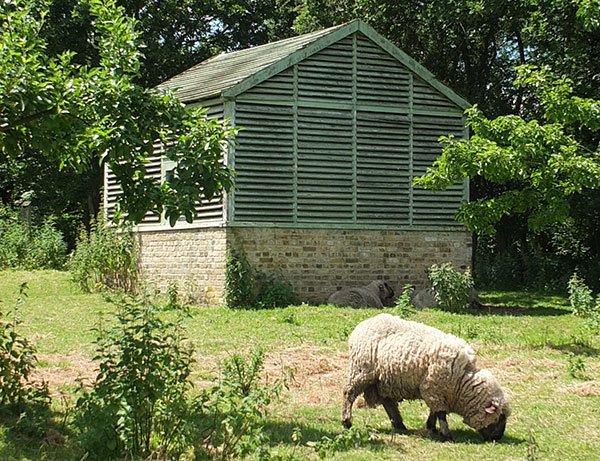