It’s been a while since I updated on Jess’s progress and that’s because until a couple of weeks ago there wasn’t any! Our early training had come to an abrupt halt when we sort of hit a brick wall trying to get her to go round the sheep rather than straight at them as she was pretty intent on getting hold of one. This is obviously not acceptable, although many sheepdog pups have a tendency to try and bite the sheep which we term as “gripping” and as a trainer it’s our job to protect the sheep from this by the methods we use, however Jess was proving hard work which I put down to a lack of confidence. I therefore decided to stop things altogether and let her mature a bit more as she had also become a bit disobedient and was not listening to me. We embarked on what turned out to be a 2 month break and concentrated on building a better bond and establishing who was boss! 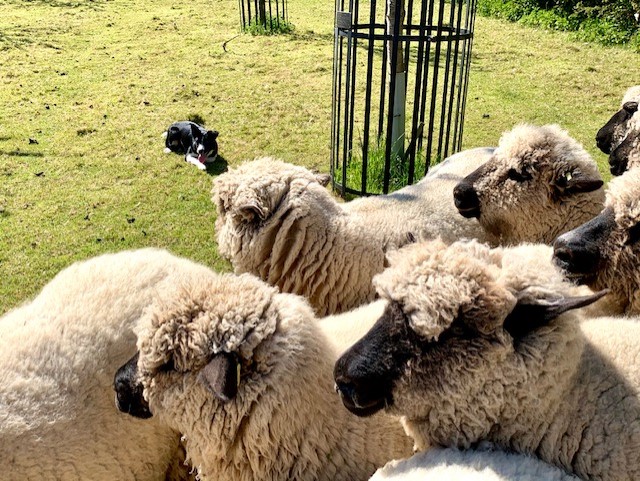 We took plenty of walks just working on getting her to come back when called and to lie down when told, starting with a long 30 metre leash before letting her run without one. Once I was happy she was obedient enough I reintroduced her to the sheep and to my great relief I noticed a difference, back on her long leash for safety I allowed her to have a bit of slack near them and it was immediately noticeable she was keeping off them and giving them a bit of space. In a larger paddock the following week we tried to get to the first important stage, getting her to the far side of the sheep without scattering them. It took a while manoeuvring wary sheep and excitable dog around until we got there but once we achieved it she was away, walking nicely on to them and keeping herself exactly on the opposite side to me, moving left and right instinctively to balance them. In these early stages this is done without commands as she doesn’t know her left from right yet and we want to bring out this natural herding or balancing instinct. 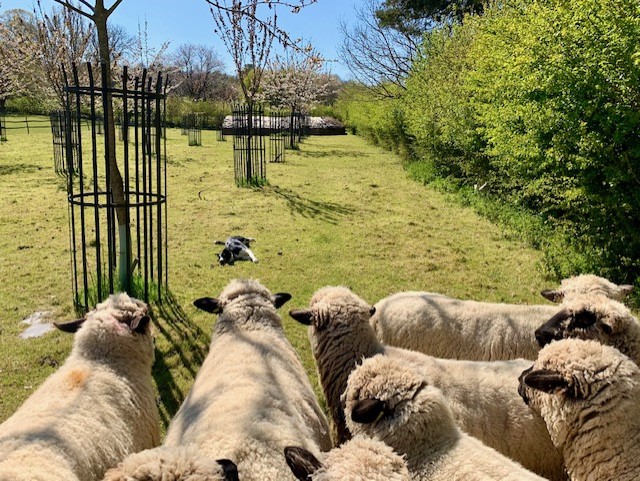 Now we are getting somewhere and we can begin to expand her abilities and knowledge week by week a little at a time, so from a point of despairing a couple of months ago I am now very excited and looking forward to the next few months and hopefully many useful years.