Jess the sheepdog at 14 months 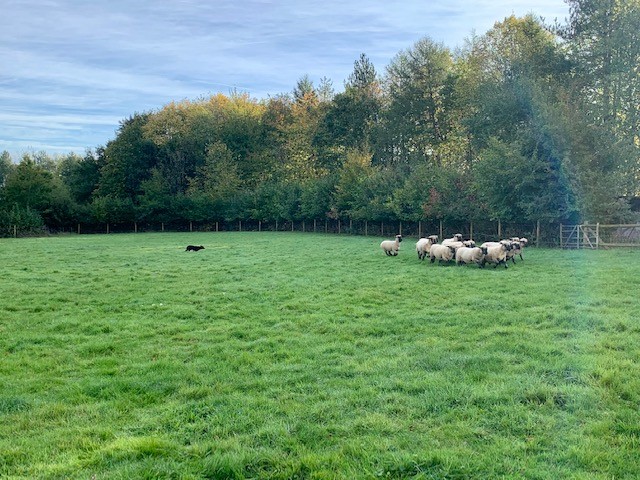 The last time I wrote we had progressed into driving the sheep up and down the field and she was now familiar with her commands. Time to move to a bigger field and some different sheep, this is most important as the dog and sheep will get used to each other and there will not be the testing times where learning can take place.

I have a friend who kindly lets me train on his sheep and this is where we moved on to bigger outruns, working steadily up to about 150 yards and trying to insist on her lying down on command at a distance (one of her weaknesses at any distance) the sheep were less obliging and tendered to spread out rather than flock together due to them not being used to a dog so she had to work hard on pushing from each side alternately.

Jess was now becoming a useful working dog and we expanded her experience by penning the sheep on a regular basis for checking there health so Jess would begin to understand what was expected of her which is ultimately what we are striving for, a working partner. 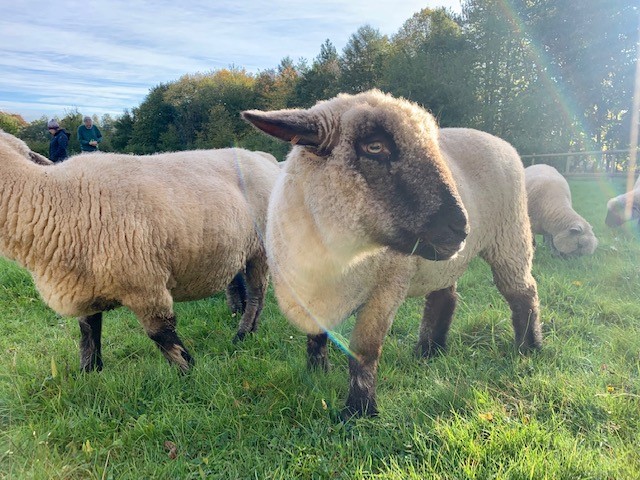 We are coming to the end of her basic training and one of the last jobs I teach her is to separate sheep, known as the shed, this is completely opposite to her natural instinct of gathering. We do this by having the sheep between us and waiting for a gap to develop, this is best done with plenty of sheep so they feel safe when separated. Once there is a decent gap I call Jess to me and hopefully she runs through the gap causing the sheep to move further apart and lesson ends. After a few times I ask her to walk towards one lot by my body language, so I turn that way and call her on, later I develop this into just a gesture with my arm and a command and she will push away the selected packet. Pretty much the final lesson is the turn back, a command to turn around and go and fetch another packet of sheep, this is taught whilst we are doing the shed, we have split the sheep in two and walked one lot away, the dog knows that the other lot are still behind her so I turn around and ask her to do the same then ask her to gather up the other packet. I now apply the command “look back” that she will learn to associate with this action. The primary reason for this exercise is to have a dog that will turn off the sheep it has gathered and go and look for more, this is required when gathering on large areas where sheep may be hidden and missed on the first outrun. 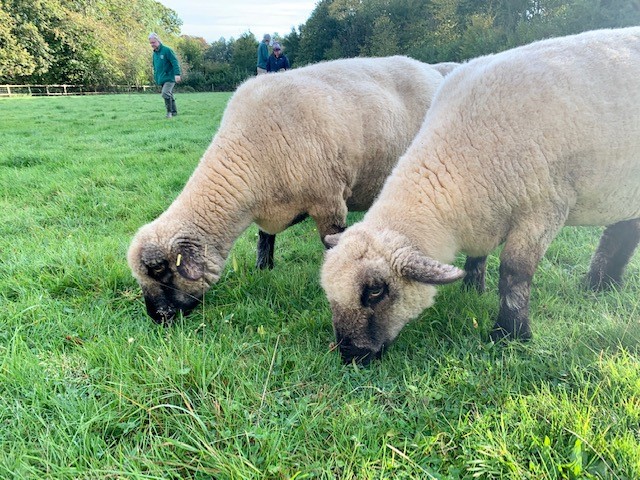 That’s pretty much it for the basics, now it’s all about fine tuning, months and months of it!