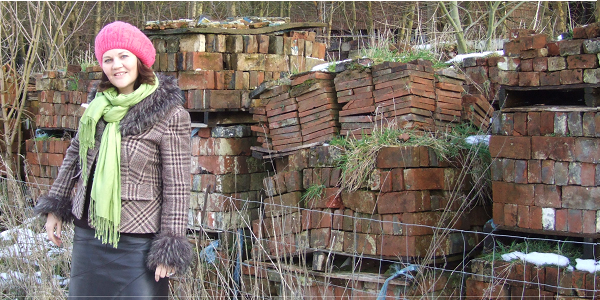 This pile of bricks is Jackson Studios, the birthplace of many iconic British sounds. We want to bring it back to life here at Chiltern Open Air Museum so that music fans, children and in fact everyone, can enjoy a trip down musical memory lane.

Jackson Studios is currently in storage at COAM. The studios were once owned by the Jackson family who donated the building to the Museum after it was threatened with demolition.

The studios, originally in Maple Cross, were used as a recording studio by Jack Jackson. Jack was a popular bandleader during the 1930s and 1940s and later became a highly influential radio disc jockey, broadcasting on BBC Radio and TV where he coined the term ‘Aunty’ and became known as the ‘father of DJs’.

On his retirement, Jack handed over the studios to his sons, who in the 1970s, set up a commercial recording studio that became renowned for its ‘dead’ sound. Many world famous artists recorded at the studios, including: Elton John, Ian Dury, Eddie and the Hotrods, Dr Feelgood, Tom Robinson and the New Seekers, Girlschool and Motorhead (recording their definitive track Ace of Spades there). It was one of the first recording studios to provide overnight accommodation for artists. With the advent of digital technology, the studios went into decline and were eventually rescued by the Museum from developers.

We want to reconstruct Jackson Studios, as they were in the 1970s, at the entrance of our site in the paddock opposite the Museum’s Astleham cottage offices. Jackson Studios consists of a cottage, originally built in 1745, with an attached 19th century barn that was converted into a working recording studio.

The Museum’s reconstruction will include:

The reconstruction will reflect the studios’ as they were in the 1970s. Local community groups, students and bands will be able to use the studios to make analogue recordings.

The main cottage will be an exhibit that will reflect what it was like for the artists that recorded there, where they slept, how sound was recorded, their stories and memoirs of the studios and their links with other areas of the Chilterns.

Once reconstructed we will develop music history learning resources and workshops in partnership with local schools and higher education. These will be delivered alongside the Museum’s award winning education programme.

The project will provide local job opportunities during both construction and after construction for the running of the facilities.

We will create a local communications programme to publicise the project, recruit volunteers and encourage community participation in as many aspects of the project as possible including; interpretation, landscaping, research and communications.

The aim of the project is to provide a community resource, develop volunteering opportunities and engagement, bring new audiences to the Museum and preserve an important piece of Chilterns history. Chiltern Open Air Museum is a well-known local charity and visitor attraction and this project will help support the Museum and leave a legacy for the local community to enjoy.

Funding and supporting the project

In 2019, we submitted a Expression of Interest for National Lottery Heritage Funding (HLF)  and in January 2020 they gave us the green light to submit an application for development funds. Unfortunately, in March 2020, Covid-19 came along and meant that the HLF were no longer offering funding for projects like this, because their focus was on emergency funding to keep museums and heritage sites open. HLF plans to re-open funding for projects like this in spring 2021, but are making changes to the funding criteria so we will need to re-write and submit a new Expression of Interest, which also depends on if our project still fits the parameters that they are willing to fund.

The second blow to the project is that the impact of Covid-19 on the museum has meant that we have had to use non-restricted money (previously put aside for match funding) to support the museum during the crisis, so we will need to raise further funds of around £200,000. The cost of having the buildings materials assessed alone, will cost us over £30,000.

We are adamant that this project will go ahead it just might take longer than we had hoped to make it happen!

The strength of any funding application is reliant on the support of our community and forging local partnerships. If you’d like to work with us on the project or have connections with the music industry, we would welcome your support, particularly if you have links to the artists who recorded at the studios and can help us to collect their history with the studio.

If you, your business or foundation would like to make a donation to support the project, please contact Gill Whitehead, Development Officer on development@coam.org.uk or call 01494 871 117.

A few years ago we kick started our project to reconstruct Jackson Studios at the Museum with a crowdfunding project. We raised some funds which have enabled us to develop our plans further. The crowdfunding project is no longer active but you can watch our promotional video.

The Studios were donated to the Museum by the Jackson family who have shared many wonderful stories and memories about the studios with the Museum. Here are John and Malcolm Jackson talking about the studios at the Summer Jazz Picnic fundraising event in June 2013.

If you would like further information, to donate or to get involved in our Jackson Studios project then please contact Gill Whitehead, Development Officer development@coam.org.uk or Helen Light, Marketing Manager marketing@coam.org.uk or call the Museum office on 01494 871 117.