Recognising the women of COAM’s Haddenham Cottage and 1940s Prefab

International Women’s Day, celebrated annually on 8th March since the early twentieth century to praise women’s achievements, is particularly important this year due to the pandemic’s detrimental effect on gender equality in the workplace and the gender pay gap. What better way to honour the day than by recognising the contribution women of Chiltern Open Air Museum’s much loved Haddenham Cottage and Prefab made to their homes and wider society.

Despite leaving little mark on the historical record, many of the women who lived in Haddenham Cottage made integral contributions to the domestic economy and the daily management of the household through their work as dress makers and lace makers.

There was much local rivalry between lacemakers and straw plaiters, had Haddenham and Leagrave Cottage been closer together, their female inhabitants may have been seen bickering with each other in the street or marketplace. Straw plaiters frequently teased lace makers about their large bottoms, a result of their sedentary lifestyle. Unlike lace making, straw plaiting could be completed while walking around the house and seeing to other chores. The lace makers got their own back by making fun of their rough-looking mouths which were toughened and scarred from constantly wetting the straw. 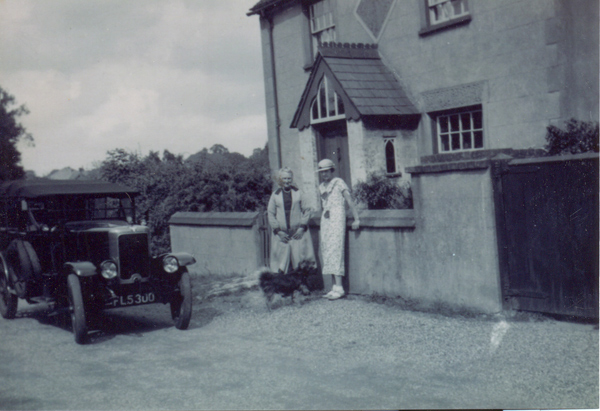 The land Haddenham Cottage was originally built on was owned by a woman. In 1832 Richard Kitelee left the land to his sister Jane Scott of Castle Thorpe. Had Jane’s husband still been alive, ownership of the land would have passed to him as married women were not able to own land or property in their own right until the passage of the Married Women’s Property Act in 1882. In 1835, Jane agreed to the “absolute sale” of the land to Joseph Chapman for £30 in 1835. Unfortunately, it was stipulated that no future wife should have any right to the land. It was not until 1925 that the property, now Croft Cottage, was owned by another woman, Sarah Anne Rose. She and her husband Arthur Rose first moved into the cottage as tenants in 1901, with Arthur buying it outright in 1909 for £230. Sarah Anne continued to live in the cottage after Arthur’s death until 1936 when it passed onto their son, Reginald Edwin Rose. 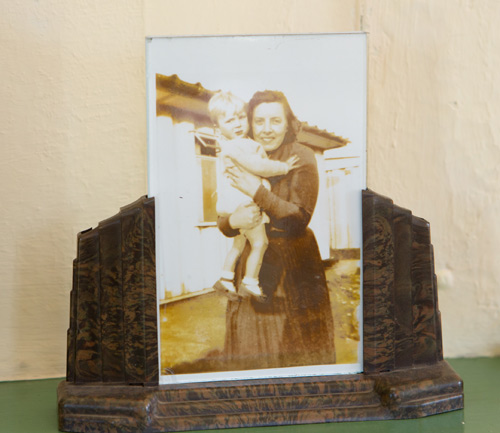 One of the women we know the most about is Ethel Brant nee Martindale who lived in the Prefab following the Second World War. Ethel was born in Stonebridge, north London in 1927 to Henry David and Amy Martindale. When war broke out in 1939, they were living in Douglas Avenue in Wembley in a house the Martindales shared with a lodger, Mr Swan. Although only fourteen when she left school in 1941, Ethel was determined to play her part in the war effort and went to work in a light bulb factory near her home in Wembley. She soon found herself in the midst of the Blitz, working under a flimsy glass roof constantly threatening to give in to the Luftwaffe’s frequent bombing attempts.

After only a short time there, Ethel left the factory to become a conductress, or ‘clippie’, for the Alperton bus company, a seemingly less dangerous occupation. She was given a uniform, a

ticket and punch machine and a leather pouch, before being put to work on the number 83 route. One day her journey was interrupted by a doodlebug which seemed to be heading straight for the bus and only missing it by a few inches and exploding in the Thames. Ethel, without any thought for her own safety hurried to the top deck to ensure that her passengers were not injured. Thankfully they were not. Even this was not Ethel’s closest encounter with the enemy. One evening in February 1944, Ethel was enjoying a quiet tea with her family in their living room, when something hit the roof of their side extension with a terrific thud. They ran outside to see what had happened; Ethel was not sure what she expected to see but it was certainly not a teenaged blond-haired, blue-eyed Luftwaffe airman. He had decided to abandon his plane when it was hit three times by anti-aircraft gunners, landing on the Martindale’s roof, ensnared in his own parachute harness.

It was only a few months after this that Ethel first met her future husband, Bob at their mutual friend’s, Geoff and Eva’s wedding. Bob glimpsed Ethel first and persuaded Eva to introduce them. They quickly became infatuated, despite Bob being five years older than Ethel. Determined to stay in touch, they exchanged letters and photographs regularly for the remainder of the war, falling more in love with every line.

Following the war and their marriage in 1946, the Brants moved into 40 Grove Hill in Chalfont St Peter with Bob’s parents and his sisters Rose and Daphne. Not overly spacious to begin with, the house soon began to feel unbearably small with the arrival of Ethel and Bob’s first child, Carol in 1947. Bob applied to the council for-rehousing, and in 1948 the Brants received the good news that they had been offered the prefab at number 6 Finch Lane in Amersham. The timing could not have been better because Ethel was then pregnant with their second daughter, Joan. Prefabricated houses were the government’s solution to the housing, manpower and money shortage following the Second World War. An estimated 750,000 homes were needed following the Blitz. The one at COAM is an example of “The Universal House, Mark 3”, designed and manufactured by the Universal Housing Co. Ltd., Rickmansworth, Hertfordshire, and completed in 1947, first belonging to the Bryants.

The only furniture they had was a baby’s cot, a settee and a borrowed put-you-up bed. Ethel and Bob soon got to work creating their palace, hiring furniture from Perrings in Chalfont St Peter, acquiring rag rugs and curtains, laying linoleum, and buying bedroom and dining room suites which arrived within four days. Bob fashioned a dressing table out of an old chest of drawers and even turned an old TV set into a record player. Their home was now not only ready to live in but to entertain. They always had company at the weekends, Ethel’s mother was a frequent visitor and while her stay was enjoyed by all it did mean doubling up three to a bed. 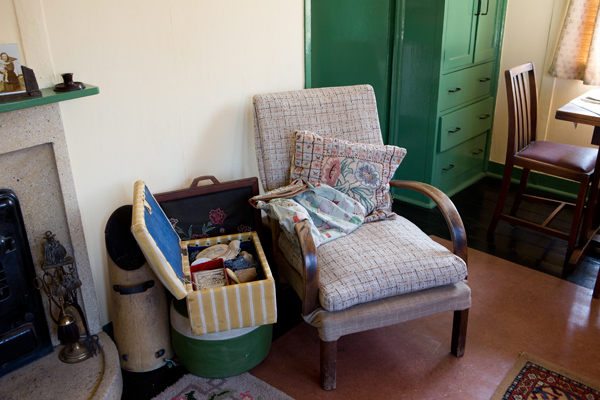 Living room in the 1940s prefab

Great friendships were formed with the other families who lived in the surrounding prefabs, always ready to help each other out. When Ethel had a poisoned hand, her next-door neighbour, Mrs Kino looked after Carol and Joan, and when all three of them had chickenpox, Mrs Hobbs looked after them. The farmer, Mr Thomson and his son regularly drove around the estate on their horse and cart, delivering milk, vegetables and eggs to the prefab families. Ethel and Bob often paid visits to his wife, who was unwell and house-bound to cheer her up and tell her the local gossip.

By investigating the histories of individual buildings, we can represent the much-overlooked female experience of daily life in the nineteenth and twentieth centuries. I hope this blog post has made a start to fulfilling this year’s International Women’s Day’s campaign theme, #choosetochallenge and will inspire others to do the same.

Eloise has her own blog where she writes about forgotten women throughout history.