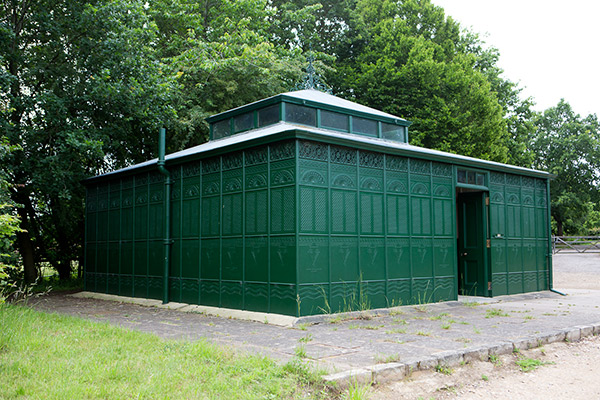 The Museum is rightly proud of its Edwardian public conveniences. These were originally situated at the south-east corner of the bridge over the Thames at Caversham, for use by passengers of the Reading tram which operated from 1901 until 1939 and terminated at the bridge.

The conveniences were opened in June 1906. Built of ornamental ironwork, they originally provided 3 WCs for ladies, 3 for Gentlemen and 8 urinals. The exterior walls consisted of cast-iron panels which slotted into cast-iron poles and were held in place with putty. Each had five rows of panels of different heights and patterns, with most of the top row being latticed for ventilation. The whole structure was topped with a clerestory to allow light to enter; this was supported on four cast-iron pillars and finished with a cast-iron cap with decorative finials. Internally, the walls were constructed in the same way as the external walls but with no pattern except on the top row. The individual components were all standard catalogue parts, but the building as a whole was custom-built to conform to the detailed requirements of Reading Council. The total cost of the building, including erection, was £1051.

The conveniences were open each day from 6.00am until midnight to avoid people ‘committing nuisances at a late hour’ because the public urinals were closed. An attendant was always present and, for the penny that it cost to use the toilets, would provide each customer with a freshly-laundered towel in a sealed wrapper. 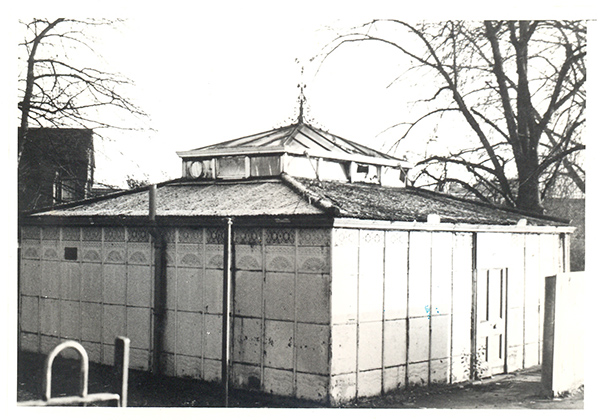 By 1980, the toilets were no longer required and, as no other practical use could be found for it, the now-derelict building was marked for demolition. However, it was of particular interest to COAM, partly for its historical value and partly to provide much-needed toilets on site. Therefore, in 1985, the building was dismantled by a team of volunteers and re-erected in its current position. The toilets were opened in 1991 with the final finishing touches – the cast-iron MEN and WOMEN signs – being added in June 1999.

When you look at the pictures of the sad, dilapidated building in Caversham and then at the smart, useful toilet block as it now is, with its wonderful Edwardian detail, you realise exactly what it is that the museum achieves. However, more than this, the building represents a much greater issue in our social history. Had it been erected a few years earlier, there would have been no need for the ‘WOMEN’ sign because public toilets were generally not provided for women in Victorian Britain. 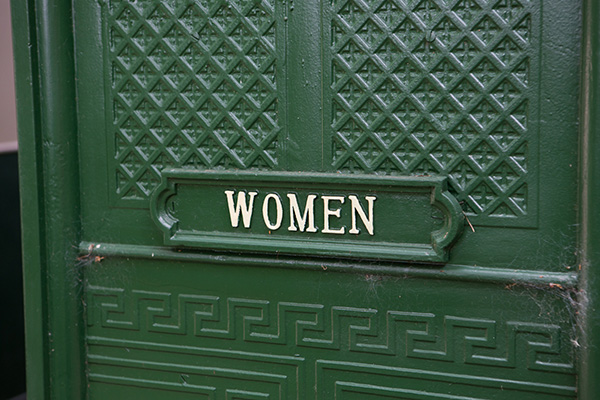 Public conveniences began to be provided from 1851 onwards, largely following the Great Exhibition held in that year, but they were only for men. One explanation is that this was because women were too modest to answer the call of nature when away from home; certainly at this time they were seen very much as living in the ‘private sphere’, staying at home, submissive to their husbands.

However, the lack of public toilets greatly affected the extent to which women could leave their houses. They had to plan their excursions to include areas where they could relieve themselves and so often travelled no further than the homes of family and friends. This is sometimes referred to as the ‘urinary leash’, a form of control of women’s activities.