We had a fantastic Christmas Weekend with a variety of local stall holders selling lots of artisan products. If you couldn’t make the Christmas event or wished you’d purchased an item we’ve got all the online details of our stall holders so that you can get in touch. 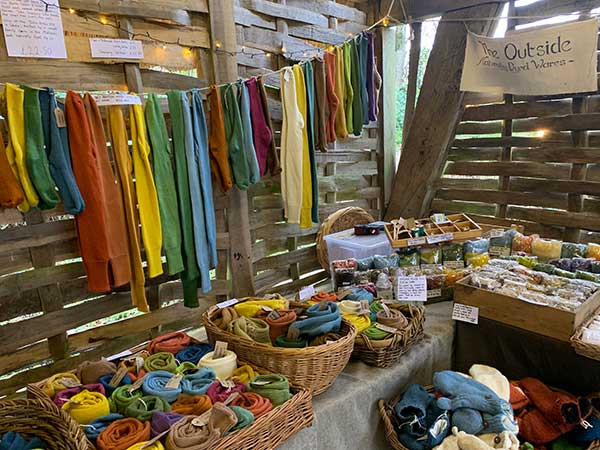 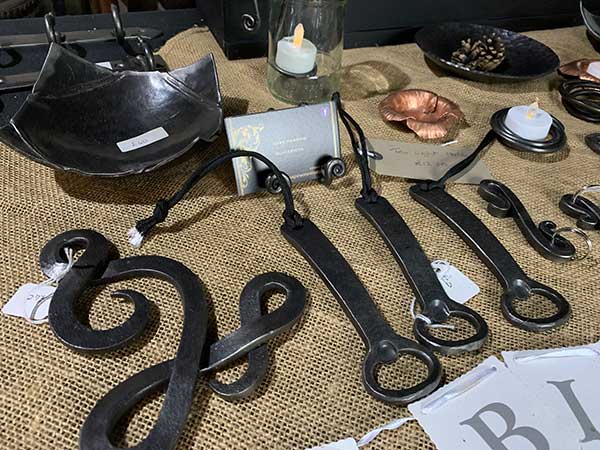 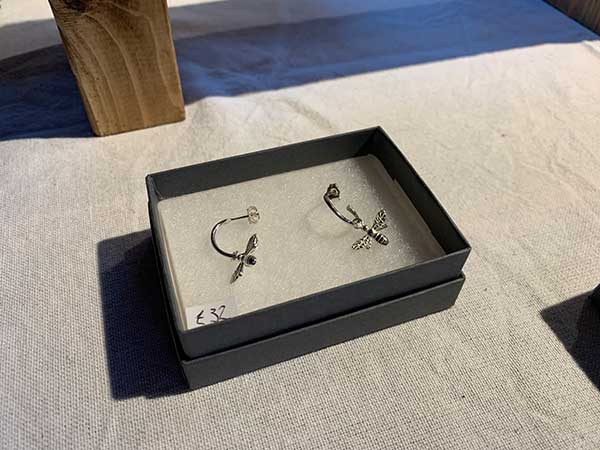 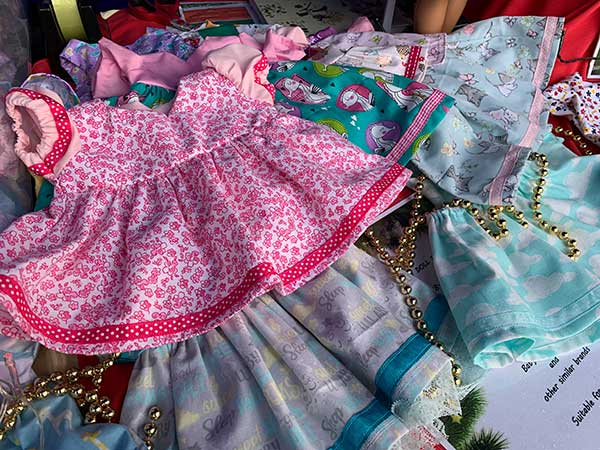 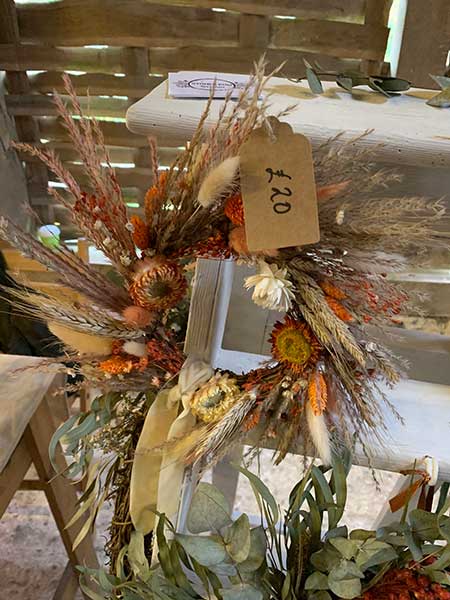 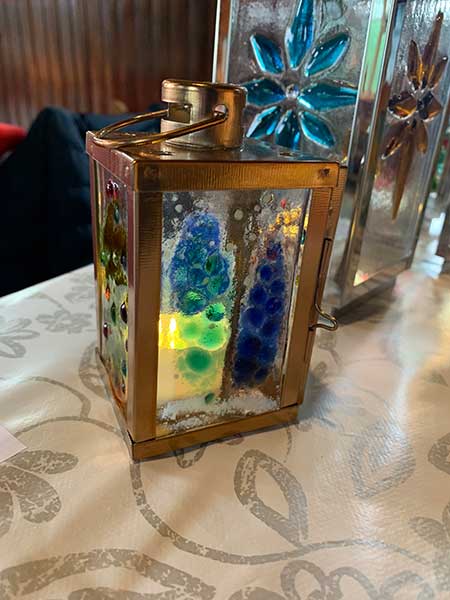 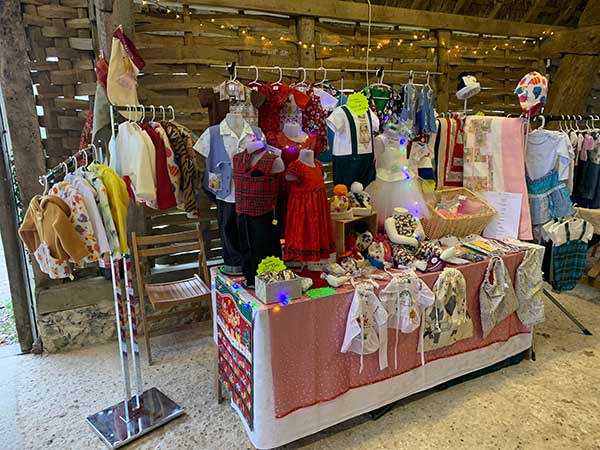 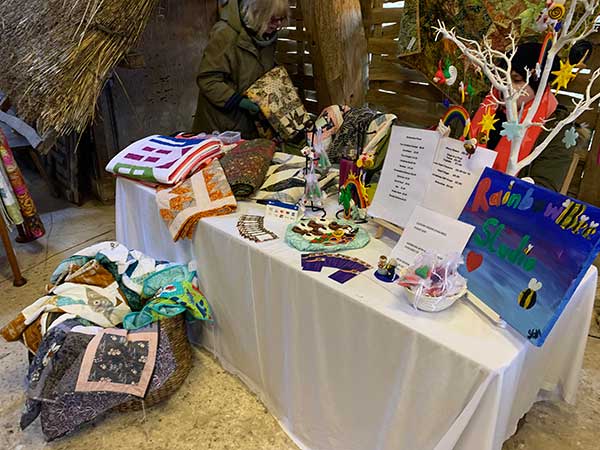 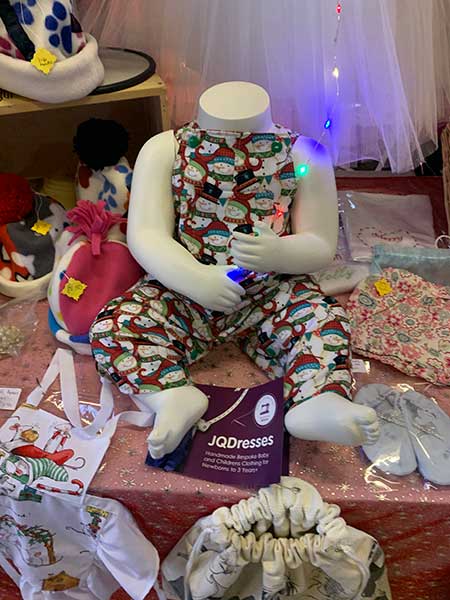 Christmas Advent in our Prefab 1952

Volunteer, Richard Martin, tells us what Christmas was like when they lived in a prefab in 1952.

The arrival of Christmas was a much quieter affair when we lived in the prefab than nowadays. The nearest church was a 3 mile walk away, not that my Mum and Dad had time to be religious, there was no television and our radio was what was called a ‘wireless’ which I never understood as it was full of wires and valves and things. This was used for football results on a Saturday and the comedy hour around our Sunday midday meal which we called dinner!

So, the lead up to Christmas was truly seasonal, foggy November was replaced by a cold and icy December which signaled that the anniversary of the birth of Jesus was just around the corner. Once I started school the rehearsal for the nativity play was the first indication that celebrations were at hand. My participation in this was small until one year I was chosen to play the part of the Christmas tree that had been overlooked in the forest because it was too small. Then a poor family with some happy children came along and dug me up then took me home to make me the centre of their Christmas. Not sure I or the tree ever recovered from that! 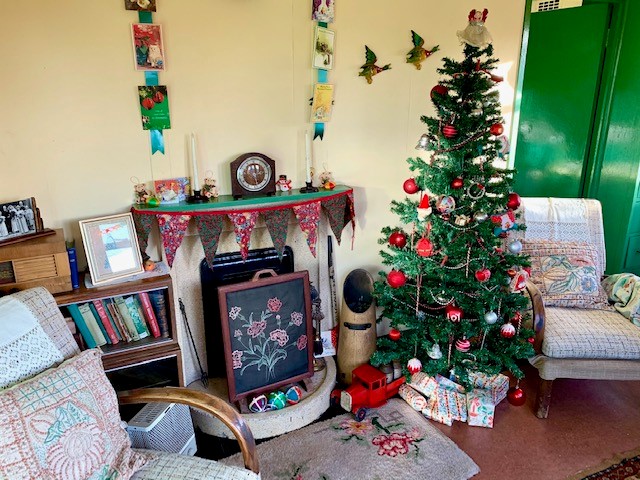 The first moment that my sister and I realised something Christmassy was at hand was about mid-December when arriving home from school there would be a large canvas wrapped parcel sitting on the fold down kitchen table. It was sealed with wax and coarse string and covered in the most amazing array of coloured stamps with pictures of kangaroos, koala bears and a large bird, the kookaburra. Our parcel from Australia had arrived!

My aunt and uncle had moved to Sydney in 1947 on a £10 passage and set up a business selling ‘lollies’ as they were called but sweets to us. It went very well and they generously shared their success with us at Christmas. This was a mixed blessing for my parents as they could have been part of the story but were not prepared to risk leaving everything and going to the other side of the world

Many types of food was still on ration in the UK in the early 1950s and this meant we saw very few special treats, so tins of pineapple, apricots, ham and those lollies created huge excitement at number 153. We were told to keep our good fortune to ourselves as many others were not so lucky. The parcel was put out of sight ready for a ‘surprise’ on Christmas day.

Christmas preparations would now begin in earnest, we made paper chains from strips of coloured paper which were gummed at each end, these tasted awful when licked. They broke easily and would come unstuck in the damp cold front room and we would get up to find them spread on the floor in the morning.

There really was not much money about and Dad would acquire a Christmas tree from somewhere and bring it home on the bus. We would hang out the kitchen window waiting for him to turn the corner. He would appear with the tree over one shoulder looking like one of the seven dwarves heading home from work.

The decorations were kept from year to year in a box on top of the wardrobe, the fairy for the tree was a rather stiff hard plastic beauty who had lost most of her hair so was adorned with a make shift tinsel tiara. She stood at attention at the top of the tree with a rather limp wand and ruled all she surveyed. The supporting cast of decorations was a ragbag collection of small animal characters and glass balls which smashed into a thousand pieces when they fell onto the lino floor.

There were no tree lights but we had an ancient collection of clip on candle holders with a metal frill to catch the wax. Few of the candles matched and these were never lit for the risk of fire. However, with strands of tinsel and ribbons of crepe paper we thought our tree magnificent especially with the lights out and the flickering flames from the fire in the sitting room.

This was the only form of heat in the whole prefab and heated the water for the once a week bath we shared. It was very cold and on Christmas morning Dad was up first and lit the fire to warm the house through.

In fact, my sister and I had been awake for ages in expectation of the day ahead, we each had a large woolen sock of Dad’s which was filled with nuts, a few sweets and a tangerine to open first. Next came a pillowcase of presents mainly from Father Christmas and aunts and uncles which we all opened together in front of the fire wrapped in our thick dressing gowns.

Next came the opening of the parcel from Australia but that curiously never seemed quite as plump and well wrapped as it when it first arrived! The contents welcome none the less and helped opened my eyes to another world of hope and plenty.

The stamps were carefully steamed and dried ready to go into my stamp album after Christmas, this was the joy there was always something around the corner.

My recollection is of a bright happy day always with the sun shining, although I am sure that was unlikely, we had a chicken for Christmas Dinner, a once a year event, probably traded for a couple of the rabbits that we kept. Winter vegetables from the garden and steamed pudding completed the fare

After dinner we had small presents from the Christmas Tree, a pencil, a Matchbox car and a diary, the reminder that school was just a few days away.

The evening was spent playing cards, sevens and Newmarket, port and lemon and beer for the grown ups and Corona lemonade for us.