Since my last blog, there have been a few developments on the Building Team. The most challenging of them all being the boss’s two week vacation in the middle of the month, leaving me in the driver’s seat!

Before he left for sunnier climes, headway was made covering the stacks in Glory Mill, as per my last blog, and the cherry-picker has since arrived for the insulation application. Stationed at the top of the cherry-picker is Colin, a stonemason who has worked with the museum for a number of years. 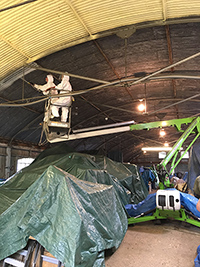 In the last month, I have had the opportunity to go away and work with him on some of his ‘live’ jobs which has been both incredibly interesting and challenging at times.

These external ‘placements’ have included repairing stonework and render on a blind, 14th Century, church doorway and painting the timber on a medieval granary.

I joined Colin and his laborer Kieran on their last day at the granary, so the photographs I was able to get are limited.

They show the lime washed panels, which Colin and Kieran had already completed, and the extent of the timber work to be painted with black linseed oil paint. 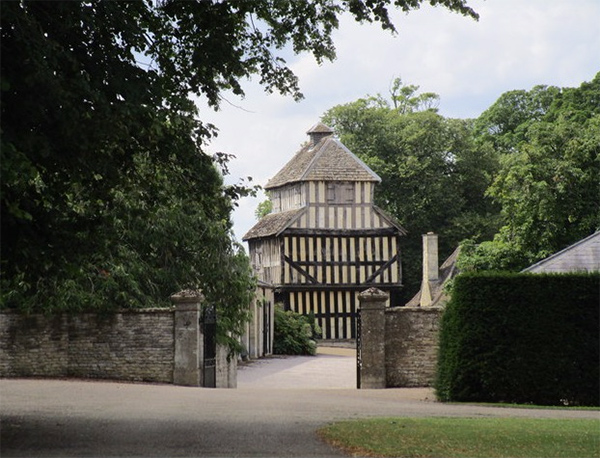 In contrast, I have been assisting Colin at the church since his first day on site, so I’ve really had the opportunity to get stuck in and see how his tasks generally evolve. 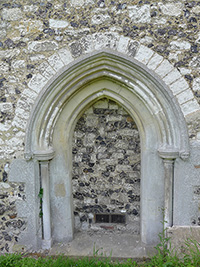 At some point in its past, the church doorway has had a cement render and slurry applied over the soft chalk, or clunch, stone beneath. Where cracks and holes have appeared over the years, moisture has seeped in and created a loss of adhesion with the underlying stone. The telltale sign of this was the hollow sound when we tapped the render, and the slight bulges in places. The ivy growing behind the cement was a big giveaway too! 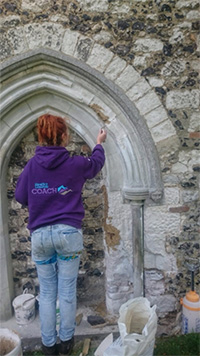 Over a period of four days, we have removed the failed render and started replacing it with lime. Ideally, the entire doorway including archivolt mouldings, jambs, columns and hoodmould, which have been slurried or rendered with cement, would also be reworked in lime. However, the financial constraints that face any church when it comes to work such as this, means only doing what is absolutely necessary. As everything else appears sound, and more damage would be caused removing the cement, we are concentrating on three main areas: the quoins on either side, the right side jamb, and part of the archivolt. 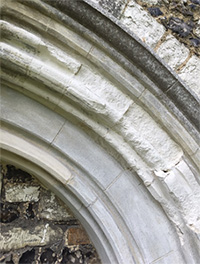 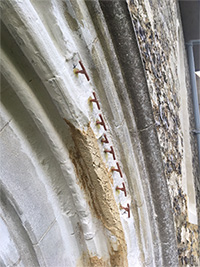 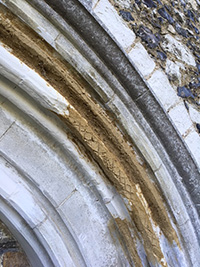 One of the – many – jobs on the list for the volunteers and I to get started whilst the boss was away, was the new doors for the Caversham toilet block at the top of site.

The original timber doors had rotted in various areas and had been retired before I commenced my trainee programme. Solid wood doors based faithfully on the originals had been skillfully created by a local joiners and were awaiting a lick of green paint and the addition of the brass door furniture. Progress was slower than I expected while we were left to our own devices, although the hinges had been cut and were almost millimeter perfect. Almost!

Things have certainly sped along since the boss returned, and both the doors have nearly had their three coats of paint. 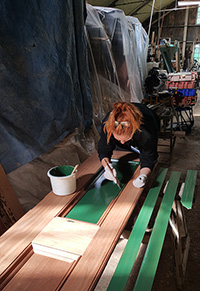 Cutting the mortice for the lock took about two days due to the 7” depth, but we are now on the final stretch and even all the brass work has been Brasso’d…and brown sauced.

Photos to follow as and when the doors have been fitted.