A history of Easter at Chiltern Open Air Museum

Easter has been celebrated in one form or another for over two thousand years, as a celebration of spring, as a religious festival and as a joyful holiday. Over that time, the emphasis has changed and it’s interesting to think about what Easter would have meant to the people associated with some of the museum’s buildings. 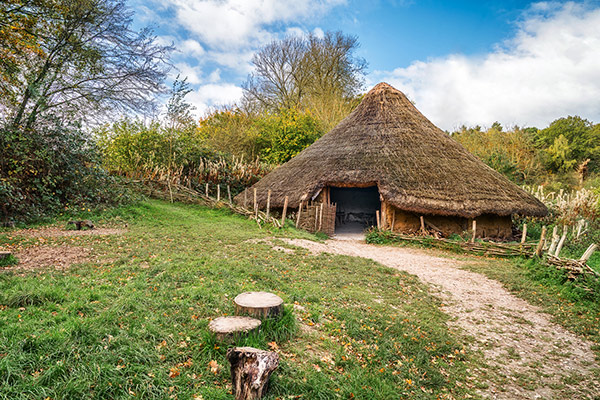 Early Britons like those living in our Iron Age roundhouse would have been closely attuned to the seasons that determined how they lived. We believe that they celebrated the festival of Imbolc in February, to welcome the birth of the first lambs, and Beltane in May, when the cattle were moved to their summer grazing.

Later, people began to celebrate the spring equinox, marking the emergence from winter and the balancing of day and night. Eggs were associated with this festival as a sign of the emergence of new life and hares were seen as a symbol of fertility.  According to the 8th century monk, Bede, celebrations at this time were associated with Eostre, the goddess of spring and renewal. When Christianity came to Britain, the celebration of Christ’s crucifixion and resurrection was linked with this festival.

Throughout medieval England, Easter was primarily a religious festival and celebrations carried on for many days. However, it also involved eating, drinking and playing sports and games, partly because it came at the end of Lent when people were required to abstain from many of these worldly pleasures. The long-standing tradition of giving eggs as gifts was an important part of the celebrations. Peasants gave them to the lord of the manor and there is a record from 1290 of Edward I purchasing 450 eggs decorated with gold leaf to give to members of his household. In a more practical way, being able to eat eggs was significant for the poor who were not allowed to eat eggs during Lent but could not afford meat. In the museum, the Arborfield cruck barn dates from the late medieval period and this was the type of Easter that might have been experienced by the people who used it. 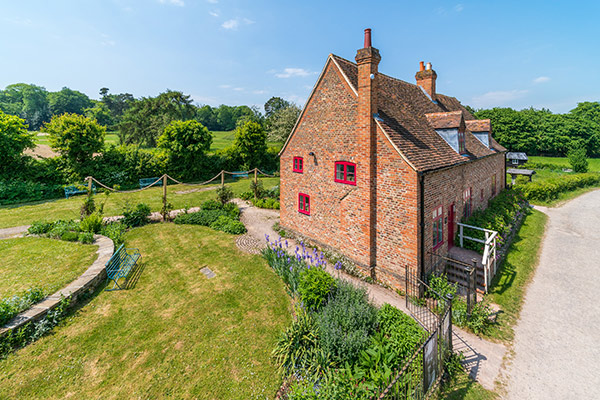 Our Astleham Manor cottage and Northolt barn are both Tudor. This is the period in which Henry VIII broke with Rome and, after that, the number of holy days reduced, but Easter remained important. People still observed the religious services and other traditions. Perhaps the inhabitants of our cottage and the users of the barn enjoyed the popular performances by mummers, known as Paskers at Easter. The Paskers dressed up, often in the clothes of the opposite sex, and visited neighbours’ houses, singing, dancing and ‘partaking of good cheer’. The tradition of egg-giving still continued and there is a record of the Pope sending an egg in a silver case as an Easter gift to Henry VIII before the Reformation. 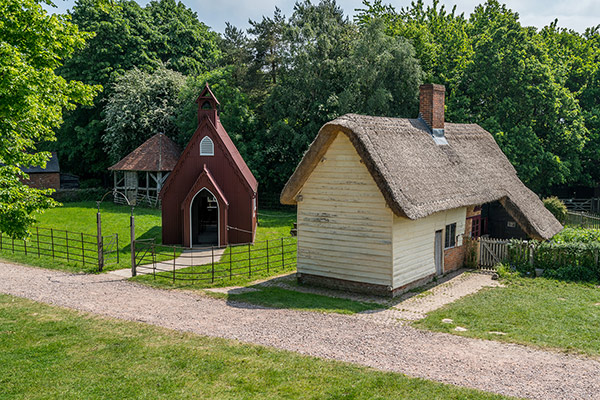 The inhabitants of the Leagrave cottages would have experienced quite a different Easter. With the rise to power of Cromwell and the Puritans, Easter celebrations were banned in 1647 and, although they were restored in 1660, they never reached their previous levels of religious importance. By the 1770s, when our cottages were first inhabited, Easter might have been less religious but it was still a cause for celebration. One thing that the inhabitants would have enjoyed is the hot cross bun. The earliest written record of their sale comes from Poor Robin’s Almanac in 1733 which mentions a London street cry:
‘Good Friday comes this month, the old Woman runs
With one or two a Penny hot cross Buns’.

Many people of this time believed that hot cross buns baked on Good Friday had magical qualities and would not go mouldy. They believed that the buns brought good luck, could be used to treat illness and could guard against shipwreck if taken to sea. Some people would keep Good Friday bread hanging from the ceiling throughout the year, breaking off a piece and soaking it whenever needed.

By Victorian times, the number of national holidays had reduced, but Good Friday was still a national day off, along with Christmas Day. Perhaps the children living in the Haddenham Croft Cottage or High Wycombe Toll House would have joined in an Easter Egg hunt. This idea was introduced to England by the Hanoverian and, in 1833, Queen Victoria, then a child, recorded in her diary how much she had enjoyed this activity. She and Prince Albert continued this tradition, hiding Easter eggs in little moss baskets for their children to find. The idea remained something of a novelty in England for some time but, by the early 1900s, Easter Egg Hunts were quite widespread and, in 1902, Hamley’s advertised an Easter Egg Hunt box for sale. Another Easter activity particularly associated with the Victorians is the sending of Easter cards. Once the halfpenny postage stamp was introduced for postcards in the 1870s, the Victorians sent cards for many occasions and Easter was no exception. Their designs were often quite strange but most included rabbits, chicks or eggs and all suggested a sense of spring and hope. 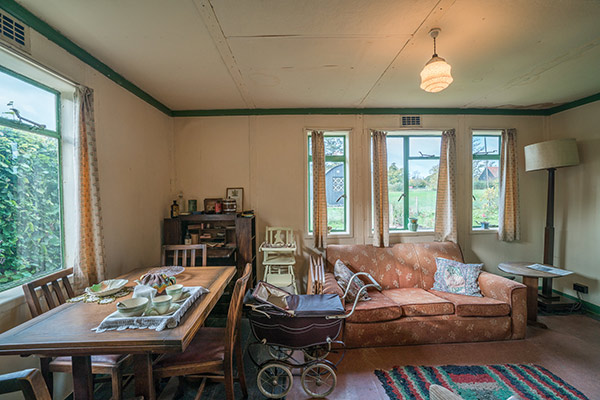 Finally, moving on to the Amersham prefab, built in 1947, we can visualise one important aspect of Easter in the years following World War 2. Chocolate Easter eggs had been first sold in England in 1873 and, as mass-production developed, became widely available. However, during the war, rationing of milk, sweets and chocolate meant that they could not be produced. Some sources suggest that children were offered carrot sticks as a substitute!  It was not until 1953 that the rationing of chocolate ended. How excited the children in the prefab must have been to eat their first Easter eggs!

Clearly, despite changes over the years, Easter has continued as a significant day in our calendar.  A line in the poem, ‘Easter Day’, written by Nicholas Breton, a contemporary of Shakespeare sums it up beautifully: ‘a day of much delightfulness: the sun’s dancing day and the Earth’s holy day’.